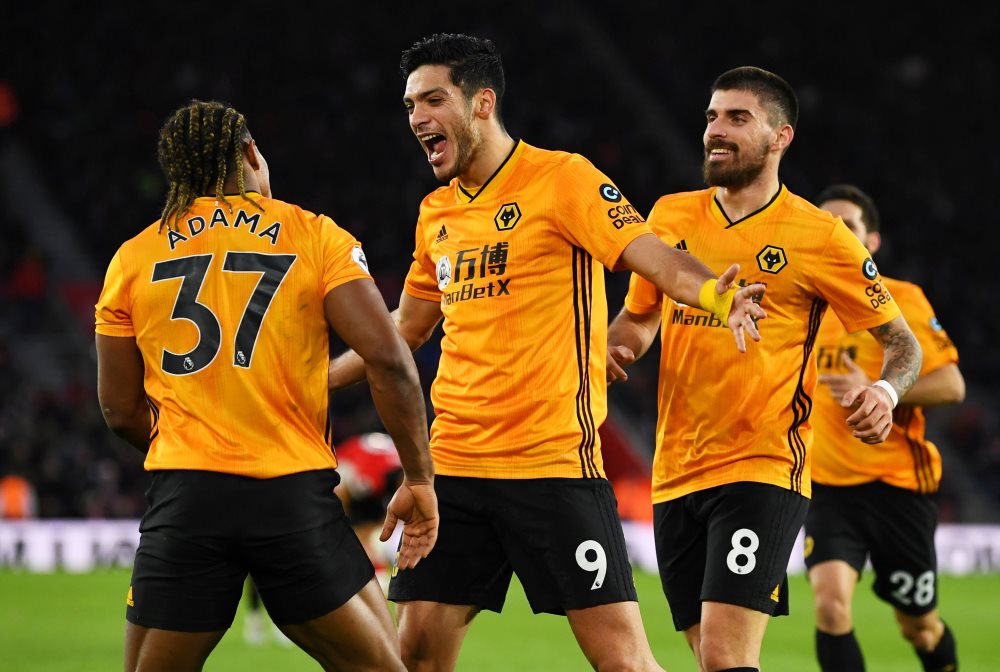 Wolves re-ignited their push for a top-four place with yet another come-from-behind win, having trailed Southampton 2-0 at the break.

It was no surprise that an unchanged Southampton side took the lead in this contest, given Wolves had conceded first in 15 of their previous 22 Premier League games this season, Jan Bednarek delightfully hooking home into the top corner after a James Ward-Prowse free-kick bounced through to him unmarked at the far post in the 15th minute.

Cedric Soares and Stuart Armstrong both tested Rui Patricio in the Wolves goal as Saints looked to assert themselves, although Raul Jimenez had a couple of good chances at the other end, only to miss the target on each occasion.

Southampton had caused problems down either flank throughout the first half, and it was always going to be an avenue of opportunity the way the visitors were defending, with the second goal coming ten minutes before the break.

Not for the first time, Cedric was given too much time and space down the right and his pin-point cross was beautifully glanced home by the head of Shane Long, giving Ralph Hasenhuttl’s men a deserved advantage going into the break.

The game could have ended differently had Long grabbed his second with one of two good chances after the restart, the second a close-range header hitting the outside of the post, but the contest was turned on its head when Wolves got themselves back into it in the 53rd minute.

Adama Traore used his power and pace on the break to get to the byline before crossing to Pedro Neto, whose control was good enough to allow a shot on the turn arrow into the far corner, with Southampton’s rearguard starting to get stretched.

Wolves then levelled matters from the penalty spot in the 65th minute although it needed an intervention from Stockley Park.

Jack Stephens’ initial challenge on Jonny Castro Otto was deemed legal by referee Darren England but VAR overturned the call and Raul Jimenez scored from the spot, as he had done in the season’s first encounter between the two.

After Nathan Redmond glanced a long-range effort off the top of the crossbar and Neto blazed over with the keeper to beat, Wolves went in front in the 76th-minute, with Traore again Saints’ chief tormentor.

The 23-year-old winger sprung the offside trap to race away down the right before he showed great composure to wait for support to arrive, rolling the ball into the path of Jimenez to stroke home from around 12 yards out and ultimately complete the turnaround and end a five-game winless run.

Wolves largely kept Southampton at bay for the remainder but two gilt-edged chances were spurned by the home side deep into stoppage-time when the kitchen sink was being thrown.

Stephens sent a close-range header wide from a Ward-Prowse free-kick before Sofiane Boufal smashed over from around 10 yards out from a late corner.

Nuno Espirito Santo’s men have now climbed to sixth in the table, level on points with Manchester United above them, while Saints stay in 12th, six points clear of the relegation zone.