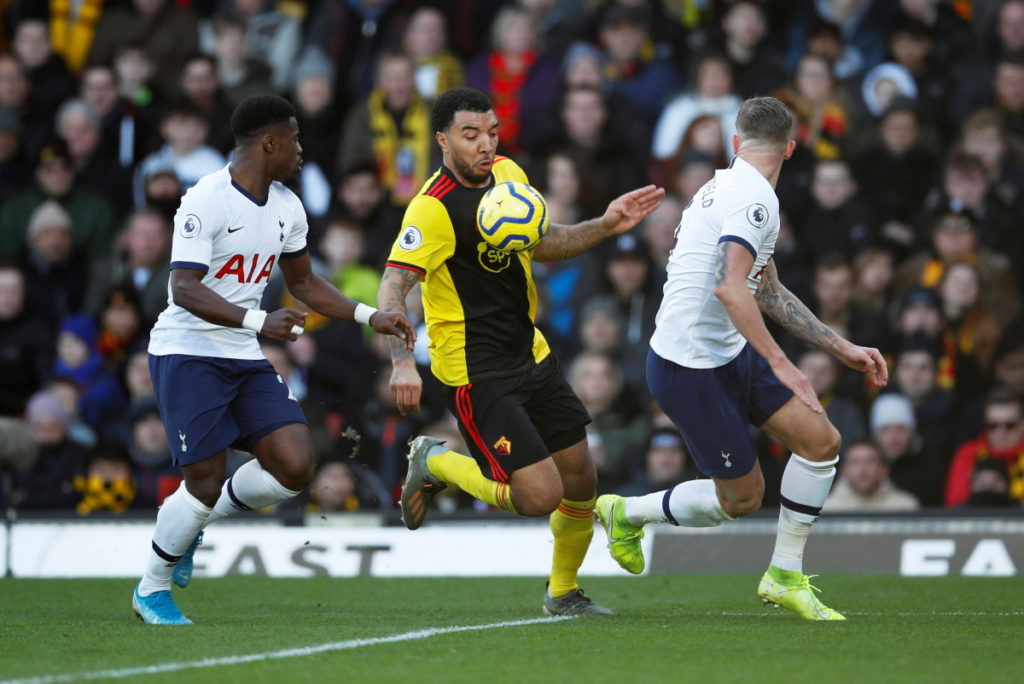 Troy Deeney saw a second-half penalty saved as Watford and Spurs played out a 0-0 draw in the early Premier League kick-off on Saturday.

The striker’s effort was too close to Paulo Gazzaniga and the Spurs keeper produced an important stop.

The opening stages were fairly cagey, with neither side able to force a breakthrough, and the first real chance came just after the half-hour mark.

Deulofeu drove forward and found space to shoot from the edge of the area but his effort was just wide of the target.

Lucas Moura then saw a shot saved by home keeper Ben Foster, while Deeney’s headed attempt was blocked in the closing stages of the first 45 minutes.

The Hornets made a strong start after the interval and Abdoulaye Doucoure and Ismaila Sarr both fired wide when well placed.

Son Heung-min hit an effort just over the bar as Spurs then enjoyed more success going forward before Deeney wasted his chance from the penalty spot.

Watford’s Sarr went down with what looked to be a hamstring problem and was replaced by January capture Ignacio Pussetto in injury time as the former Udinese winger made his debut.

Pussetto may only have been on the pitch for a few minutes but he made a key contribution.

Erik Lamela managed to get a touch on a cross and the bounce of the ball outfoxed Foster, but Pussetto managed to clear the ball away off the line as Spurs were denied a late winner by millimetres.

Spurs handed a debut to Gedson Fernandes after his arrival from Benfica as he came on with 10 minutes remaining, while Christian Eriksen also featured as a late substitute amid speculation he is close to securing a move away from north London.