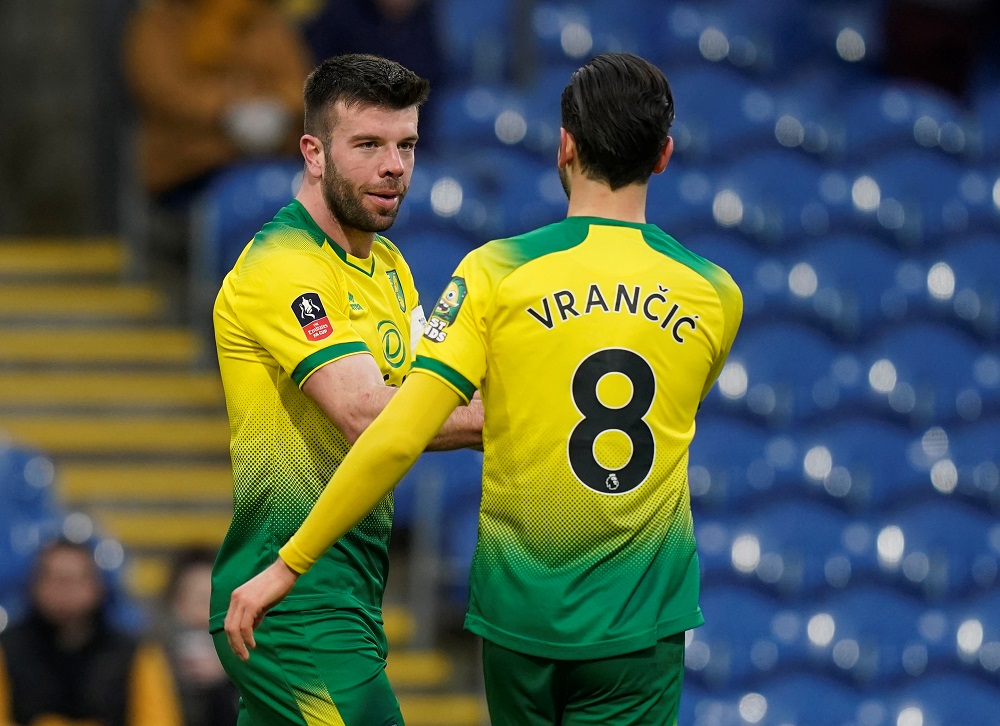 Norwich City booked their place in the FA fifth round as they claimed a 2-1 win against Premier League rivals Burnley at Turf Moor.

The hosts showed five alterations to the XI which began the 2-0 victory at Manchester United, with Joe Hart and Aaron Lennon among the quintet handed starts.

The Canaries handed a first start for the club to striker Josip Drmic as they made seven changes to the side which started the 2-1 midweek defeat at Tottenham Hotspur.

And Drmic had a clear chance inside the opening minute as he ran clear of the home defence, only to sidefoot his effort wide of target, before he shot against the crossbar as the offside flag went up.

At the other end Jay Rodriguez passed up a decent opportunity as he shot tamely at City keeper Ralf Fahrmann when he should have done better.

Fifteen minutes in, James Tarkowski made a crucial interception close to the Clarets goal-line after Sam Byram had taken the ball past Hart, who then made a fine save to deny Onel Hernandez.

Hart then managed to keep out a Lukas Rupp drive as the visitors continued to hold the upper hand, before Tarkowski headed against the crossbar as the home side responded.

Eight minutes into the second half the visitors finally broke the deadlock as Grant Hanley arrived right on cue to head a Mario Vrancic free-kick home from close range.

Four minutes later it was 2-0 to City as Drmic applied the finishing touch after Rupp met a ball into the area from the influential Vrancic.

Eighteen minutes from time, the hosts halved the deficit as defender Erik Pieters latched on to a weak attempted clearance from Vrancic and lashed the ball home past Fahrmann.

However, the Clarets were unable to find a second goal as the Canaries held on to progress to round five.