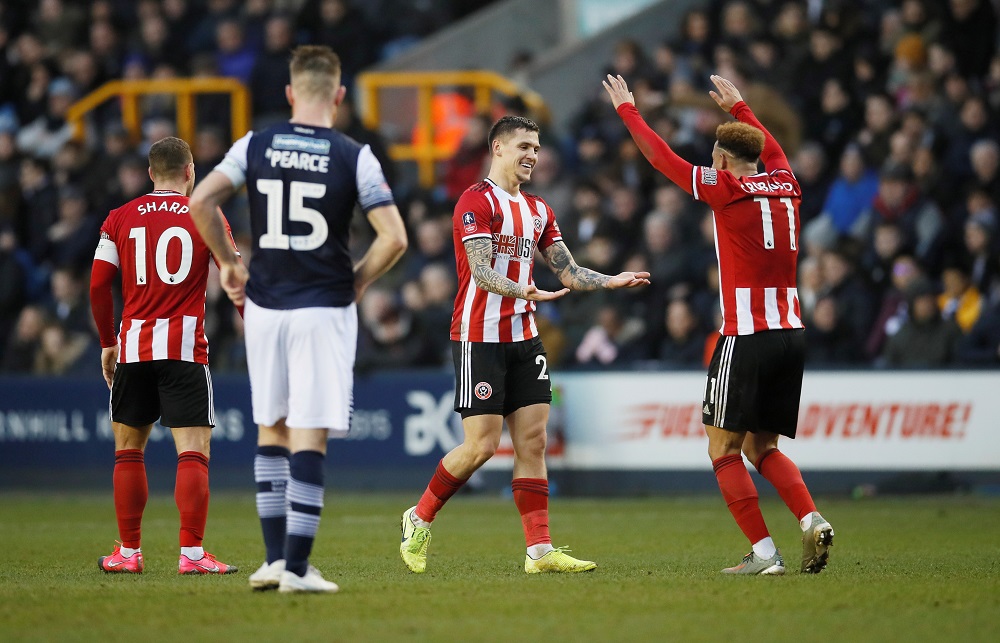 Premier League Sheffield United scored twice in the second half to secure a 2-0 FA Cup fourth-round victory at Championship side Millwall.

Both managers made five changes to the sides which began their last games, with the Blades handing starts to Phil Jagielka and Callum Robinson among their quintet of alterations.

Veteran striker Matt Smith started for the Lions, who were without the suspended Shaun Williams and the cup-tied Ryan Woods.

Aiden O’Brien threatened early on for the hosts, but his shot was easily gathered by Blades keeper Dean Henderson.

That proved to be a rare opening in the opening 45 minutes, with both sides struggling to make any headway in the final third.

The visitors did go close at the midway point of the first half as Billy Sharp took the ball round home keeper Bartosz Bialkowski, but then saw his shot blocked by the alert James Brown.

Just before half-time Jagielka headed over from a corner and that drew to a close what was a disappointing first 45 minutes at The Den.

The opening minutes of the second half showed little improvement in the overall standard of play on offer from both sides.

However, the game finally sparked into life just past the hour mark as Bosnian midfielder Mo Besic found space on the edge of the area and curled an unstoppable left-foot shot into the top corner of the net.

The Lions made three substitutions to try and force a way back into the game, but the Blades held firm and doubled their lead six minutes from time as Oliver Norwood fired home from just outside the area after collecting a pass from Sharp.