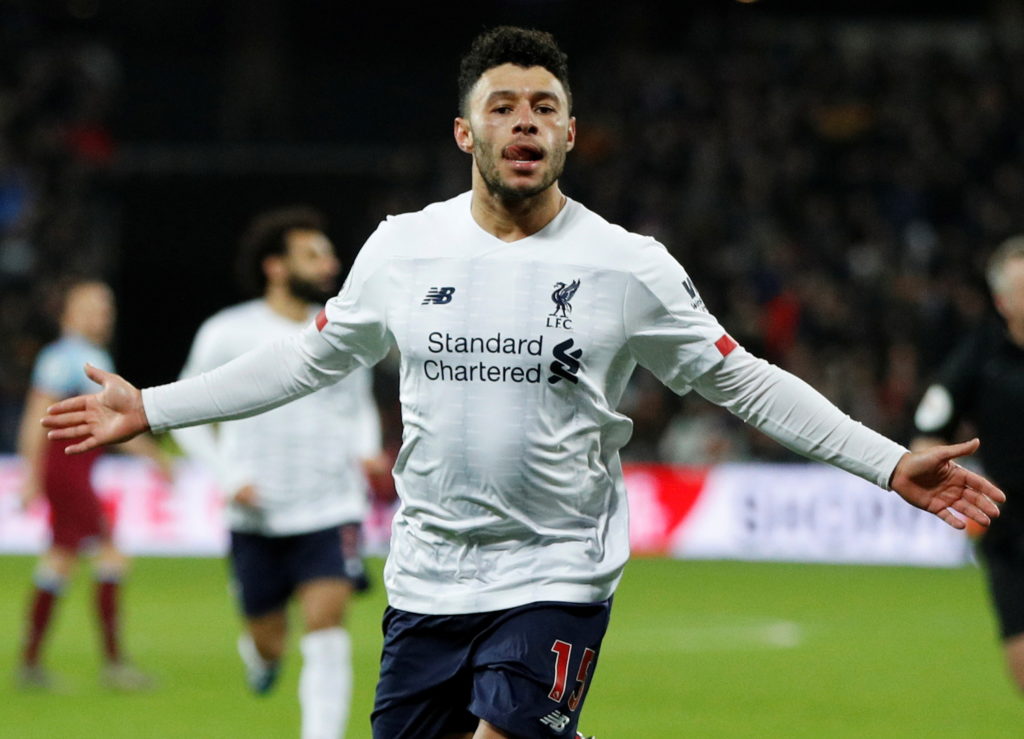 Liverpool moved 19 points clear at the top of the Premier League with a routine 2-0 win against lowly West Ham at the London Stadium.

Boss David Moyes made two changes from the Hammers’ last Premier League outing, the 4-1 defeat at Leicester last week, as debutant Jeremy Ngakia replaced Pablo Zabaleta while Lukasz Fabianski was back in goal in place of Darren Randolph.

Liverpool boasted just one enforced change since their last Premier League game, the 2-1 win at Wolves, as Divock Origi replaced Sadio Mane, who has a hamstring injury.

Struggling West Ham had the joint-worst home record going into the game so it looked a given that Liverpool would be recording a 24th league win of the season.

That was reflected by Moyes’ decision to adopt a rigid back-five formation to try and keep the Reds at bay in the opening exchanges.

It appeared to work as, while Liverpool enjoyed the vast majority of possession, they struggled to create many any clear-cut opportunities until the 25th minute.

Mo Salah picked out Andrew Robertson on the overlap and he lifted his shot over the advancing Fabianksi, but Issa Diop was on hand to clear the ball off the line.

Robertson turned provider just before the half-hour, but his cross towards the back post just evaded Salah who was waiting to pounce.

Liverpool continued to press and they were awarded a penalty just a few moments later after Roberto Firmino played in Origi and he was upended by Diop inside the area.

Following a quick check with the Video Assistant Referee (VAR), the spot-kick was given and Salah emphatically fired his left-foot effort into the bottom corner past Fabianksi.

Alex Oxlade-Chamberlain then dragged a shot wide when teed up by Jordan Henderson on 42 minutes as Liverpool had to settle for just one goal going into the interval.

West Ham spurned a good chance to level on 49 minutes when Manuel Lanzini scuffed his shot when unmarked in front of goal and it was easy for Alisson to gather.

The visitors hit back within a minute as Robertson picked out Firmino and his effort forced a superb save from Fabianksi who tipped his effort just wide of the post.

It was 2-0 on 52 minutes when Henderson sent Salah away on a run and the Egyptian unselfishly picked out the unmarked Oxlade-Chamberlain in the middle and he made no mistake with a cool finish past Fabianski.

The Hammers’ went close to hauling themselves back into the game on 55 minutes when Robert Snodgrass was set up by Lanzini and forced an exceptional save from Alisson.

Three minutes later Angelo Ogbonna was presented with a great chance to score for the hosts as he got on the end of a Snodgrass cross but sent his header over from just five yards.

Trent Alexander-Arnold almost gifted West Ham a way back into the contest on 72 minutes when he tried to clear the ball after Alisson saved from Declan Rice, but only managed to hook the ball against his own upright.

Liverpool also hit the woodwork on 79 minutes when Salah was set up by the unselfish Georginio Wijnaldum and guided his shot beyond the dive off Fabianski, but watched as it rebounded off the far post.

Alisson made sure of the clean sheet five minutes from time as he produced a fine one-handed save to deny Rice who guided a header towards goal from another Snodgrass set-piece.

Liverpool eased to their 23rd win from 24 games to reach the 70-point mark, while West Ham remain just outside of the relegation zone by virtue of a superior goal difference to both Bournemouth and Watford.