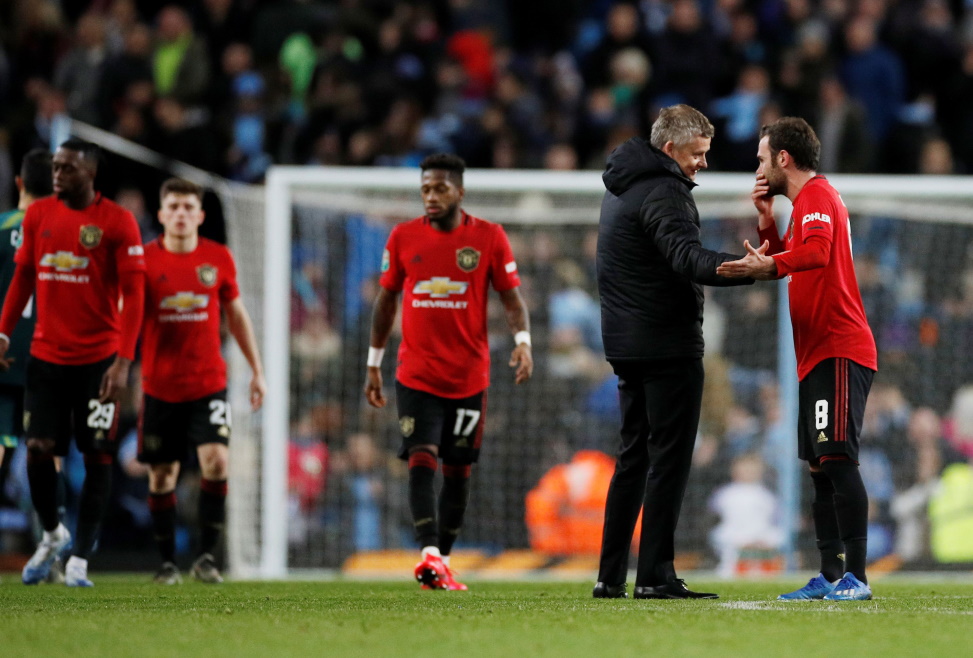 Ole Gunnar Solskjaer spoke of his pride after his Manchester United side fell just short in their attempt to pull off a shock comeback against Manchester City.

City led the Carabao Cup semi-final 3-1 following the first leg at Old Trafford, leaving United with it all to do if they were to make the final. But they gave it a good go and on another night could have edged through.

Nemanja Matic scored the only goal as United beat City 1-0 at the Etihad Stadium – their second victory at that venue in less than two months – but it was not enough to turn the tie around.

Holders City, who dominated both legs in terms of chances created, prevented further damage and profited from Matic’s sending off to win 3-2 on aggregate and book a Wembley date with Aston Villa.

After United were outplayed in the first leg, United manager Solskjaer felt it represented a fine turnaround and was proud of the performance.

United were missing big players in the form of Marcus Rashford, Paul Pogba and Scott McTominay, but there was no questioning the attitude of the players who were out there on the pitch.

The Norwegian said: “I want to talk about the players and the attitude they’re showing, and how far they’ve come. They’ve come here twice now in six weeks and beaten Man City.

“It’s difficult enough to beat them twice in 10 years and we’ve beaten them twice in six weeks. It was fantastic attitude, they gave absolutely everything.”

The result did however further underline United’s inconsistency this season and Solskjaer expects it to remain that way while the rebuilding process continues.

Cutting out the bad results against the lesser teams will be key, but Solskjaer says it is clear to see what they are trying to do and is happy with the progress being made.

Solskjaer was also frustrated by Matic’s dismissal for a second yellow card 14 minutes from time, saying the first caution was the wrong decision and made their job of trying to get another goal even harder.