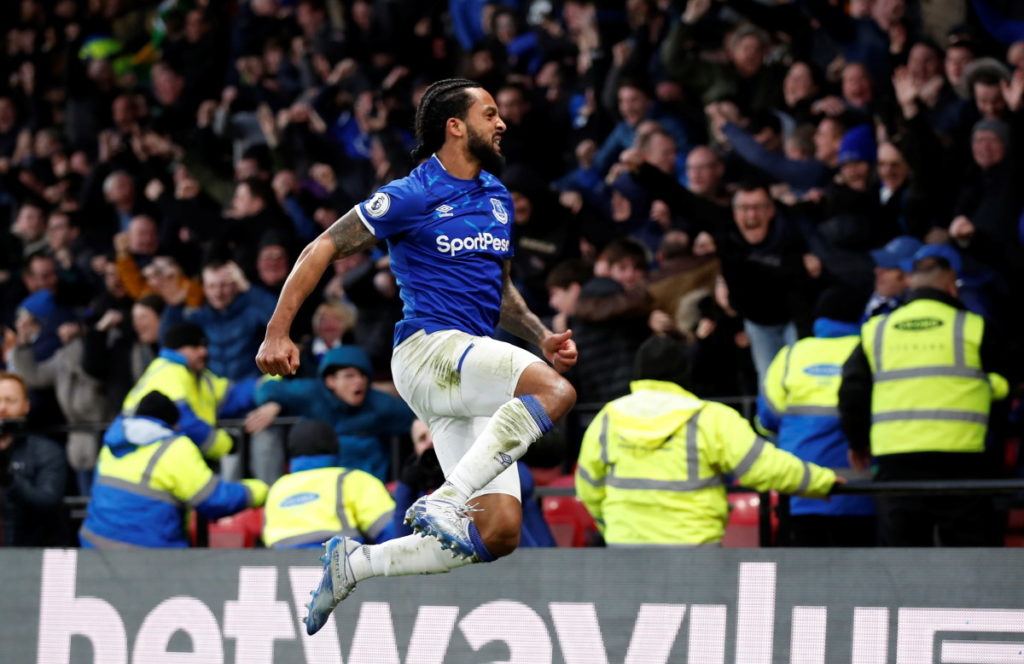 Theo Walcott grabbed a late winner as 10-man Everton fought back from 2-0 down to claim a 3-2 win at Watford.

Watford made a bright start and their positive play was rewarded after just 10 minutes following good work from Gerard Deulofeu.

The winger broke free down the left flank and picked out Adam Masina, who took a touch before firing into the far corner for his first Premier League goal.

The Hornets doubled their advantage on 42 minutes as Everton failed to clear and Troy Deeney picked up the ball. The striker found Roberto Pereyra and he broke into the area before slotting the ball home.

Everton were handed a lifeline when the hosts were unable to clear a corner and Yerry Mina scrambled the ball home from close range.

Moments later the Merseyside outfit were level as again Watford failed to deal with a corner and Mina was on hand to put the ball in the back of the net, this time with a header after somehow being left unmarked.

Watford looked the more likely to score after the break and Everton were left with an uphill task when Fabian Delph was dismissed, somewhat harshly, as he picked up a second booking with 19 minutes of normal time to play.

Abdoulaye Doucoure came close with an effort from the edge of the area but just missed the target and with time running out Everton grabbed a late winner on the counter.

Richarlison broke forward and played the ball towards Moise Kean but he mishit his effort although fortunately for Everton Walcott was on hand to pick up the pieces and he hammered home to secure a late win for the visitors.

Watford remain in 19th place in the Premier League table, two points adrift of safety, while Everton are ninth with 33 points from 25 games.