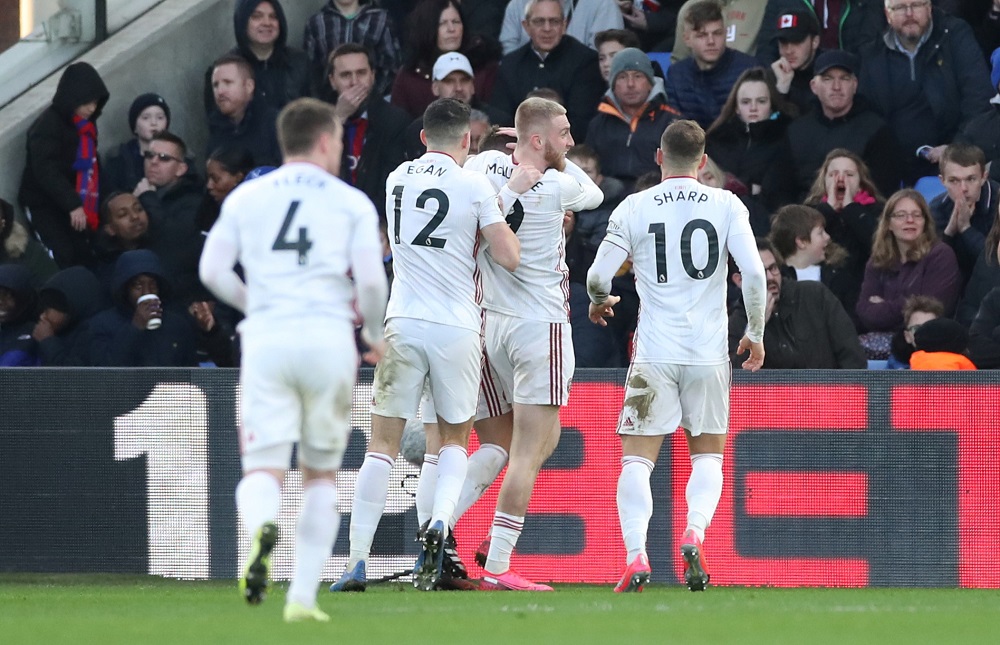 An error from goalkeeper Vicente Guaita was the difference between the two teams as Sheffield United won 1-0 at Crystal Palace.

The hosts handed recalls to Patrick van Aanholt, Joel Ward, Luka Milivojevic and Christian Benteke as they made four alterations to the team who began the 2-0 loss at home to Southampton in their previous top-flight match.

The Blades made just one change to the side who lost 1-0 at home to Manchester City last time out in the league, with record signing Sander Berge preferred to Mo Besic in midfield.

The opening minutes of the game were played at high intensity but without either goalkeeper being tested in windy conditions at Selhurst Park.

That continued to be the pattern past the 20-minute mark before Benteke drove a left-foot shot into the sidenetting as Dean Henderson covered his near post.

Henderson was then in the right place to collect a weak 20-yard effort from James McArthur before Van Aanholt lashed a shot high over the top from 15 yards out as a drab first 45 minutes drew to a close.

Early in the second half Henderson dealt well with a low, left-foot shot from Benteke from 15 yards out but both sides were still finding it difficult to carve out too many clear-cut opportunities.

However, just before the hour mark the Blades hit the front after a corner whipped in from the left by Oliver Norwood was fumbled into his own net by Eagles keeper Guaita.

Soon after Guiata kept out a curling free-kick from Norwood, while at the other end Henderson did well to divert a cross from McArthur away to safety.

Ward was shown a straight red card by referee Andy Madley 18 minutes from time for a foul on Enda Stevens before the official made a VAR check and downgraded the offence to a booking.

Stevens was then denied by a smart, low save by Guiata, while John Fleck shot wide late on as the visitors almost added some gloss to the final scoreline.