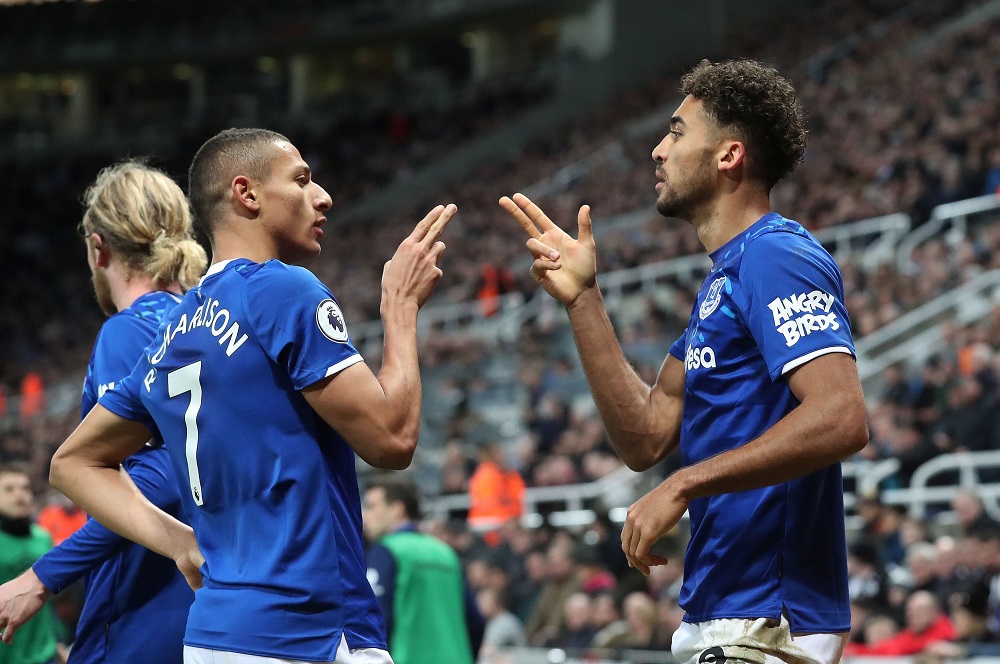 Everton moved up to seventh in the Premier League table with a 3-1 victory against shot-shy Crystal Palace at Goodison Park.

Carlo Ancelotti’s team have now lost only one of their last 11 top-flight matches but Palace are without a victory since Boxing Day.

Everton created the first opening of the encounter but Eagles goalkeeper Vicente Guaita, badly at fault for the only goal in last weekend’s defeat to Sheffield United, saved Lucas Digne’s long-range effort.

Everton took the lead in the 18th minute when Theo Walcott’s cross was volleyed home by an unmarked Bernard.

Former Arsenal star Walcott had to be substituted six minutes later with an injury as Everton continued to have the upper hand and Dominic Calvert-Lewin was only just unable to latch on to Bernard’s cross.

Palace improved at the start of the second half and grabbed an equaliser six minutes after the restart with a rare Christian Benteke goal – the Belgian striker firing his shot under Jordan Pickford after being played in by Wilfried Zaha.

Everton restored their lead just before the hour mark when Richarlison beat Guaita with a fine strike after latching on to a long ball forward.

Pickford did well to keep the unmarked Benteke’s header out, while Guaita produced an outstanding one-handed save to deny Gylfi Sigurdsson.

Ancelotti’s side sealed their 10th Premier League victory of the campaign with two minutes left when Calvert-Lewin prodded the rebound home after Richarlison’s header hit the bar.

Everton, whose next game is at Arsenal in two weeks’ time, can now focus on trying to finish in the top six, while Palace will attempt to steer clear of the relegation zone in the last three months of the season.