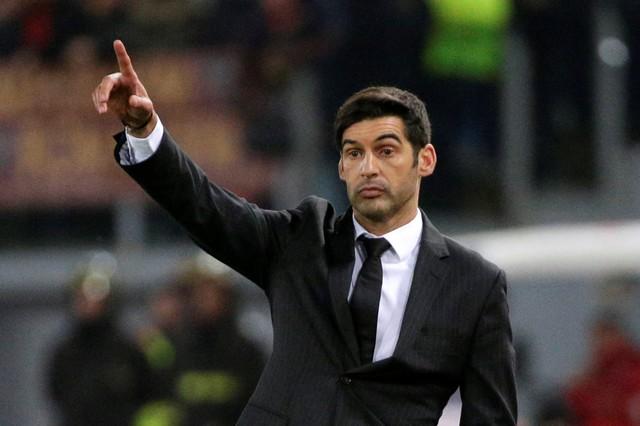 Roma coach Paulo Fonseca admitted his concerns over the mentality and confidence of his players after Friday’s damaging 3-2 loss at home to Bologna.

The Giallorossi were looking good for a top-four finish having won 10 and drawn five of their first 17 games this season, but they have hit the buffers in recent times.

The latest reverse, which saw Musa Barrow score twice in addition to Riccardo Orsolini’s opener for the visitors, was Roma’s fourth loss in six games, with only one victory in that sequence.

They sit in fifth place in Serie A but face a real battle with Atalanta for a place in next season’s elite club competition.

Paulo Fonseca concedes Roma “are lacking confidence, making a lot of mistakes and that is a psychological issue” after the 3-2 home loss to Bologna https://t.co/y2hgo6yhBV #RomaBologna #SerieA #ASRoma #Bologna pic.twitter.com/UhchW7mFWI

Henrikh Mkhitaryan scored for the hosts on 72 minutes after Bologna’s Stefano Denswil had put through his own net in the first half but it was not enough as I Rossoblu moved up to sixth in the standings.

The Roma loss followed on from a 4-2 defeat at Sassuolo on February 1 and Fonseca confessed that he is more troubled by what is going in between the ears of his charges than their football on the pitch.

“Tactically I’m not worried, I’m more concerned about the degree of confidence among the players,” he told reporters. “We weren’t very relaxed when we went out on the pitch. The team has played great matches this season, so why can’t we do it any more?”

Defender Chris Smalling was culpable for Bologna’s first goal in the week when it emerged the Eternal City outfit are keen to make his loan move from Manchester United permanent next summer.