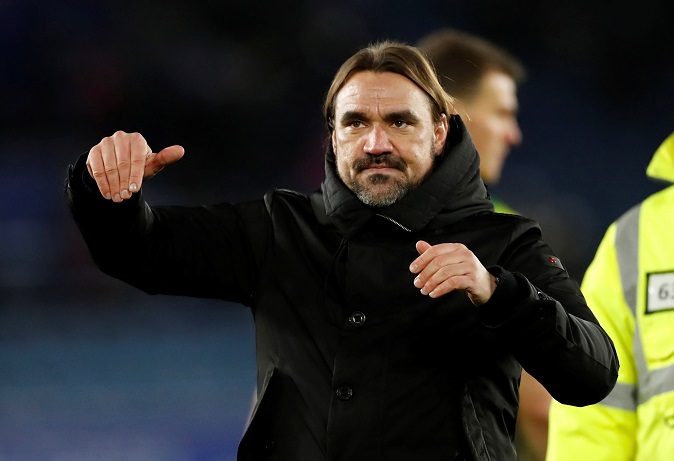 The 22-year-old’s 70th-minute strike proved to be enough for Daniel Farke’s team to win their fifth Premier League match of the campaign and lift them to within four points of safety.

Norwich made just one change to the side beaten by Wolves with Emi Buendia replacing Lukas Rupp while Jamie Vardy was not even on Leicester’s bench.

The home team exerted the early pressure but it was Brendan Rodgers’ side that went closest to scoring in the first half when Dennis Praet latched on to Ricardo Pereira’s cross only for his shot to hit the outside of the post.

Tim Krul then saved Ayoze Perez’s effort as the visitors ended the first half well while Norwich, for all their possession, struggled to create many clear-cut openings.

At the start of the second period Kelechi Iheanacho thought he had given the Foxes the lead but his effort was ruled out by VAR. It was adjudged that the former Manchester City striker had handled the ball before rifling a low shot past Krul and into the bottom corner of the net.

After Kasper Schmeichel had made a good save to keep out Ondrej Duda’s strike, Norwich scored the vital goal with 20 minutes remaining when Lewis controlled Max Aarons’ deep cross before firing a low shot past the Leicester goalkeeper.

Wilfred Ndidi headed a late opportunity over the bar as Norwich hung on to their slender lead as they picked up three precious points in their battle to avoid making an immediate return to the Championship.