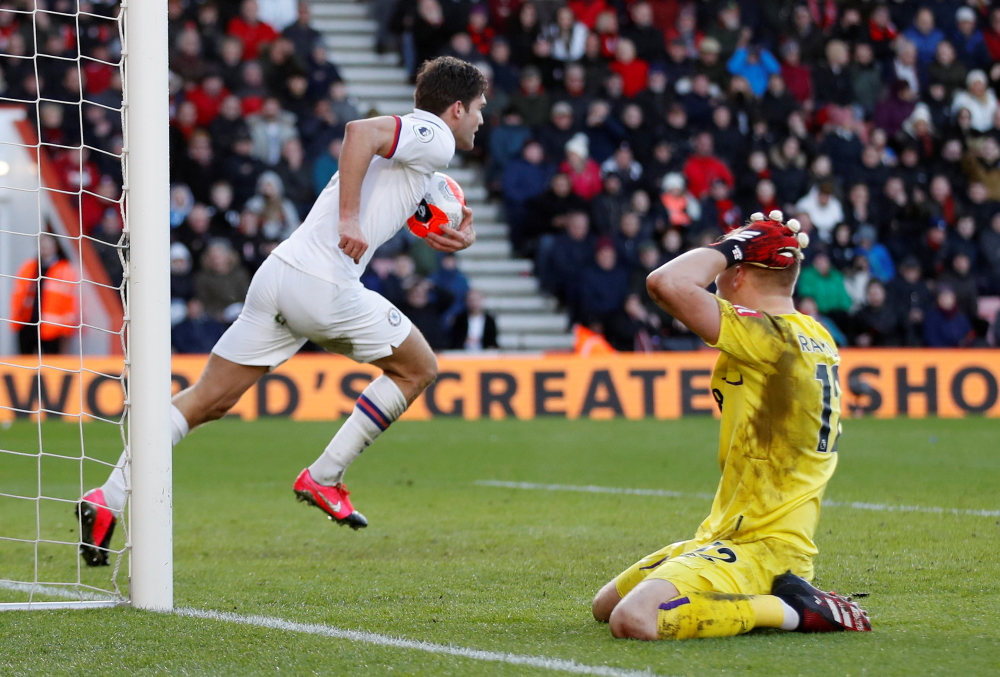 Chelsea failed to make their dominance count as they were forced to settle for a 2-2 draw from an entertaining encounter at Bournemouth.

The Cherries will have been the happier of the two sides with a point as they edged further from the relegation zone, having been on the back foot for the majority of the game.

Chelsea looked like cruising towards the three points when Marcos Alonso gave them the lead after 33 minutes, but the Blues were made to pay for their missed opportunities, with Jefferson Lerma and Joshua King putting the home side ahead following a frantic three-minute spell in the second half.

Eddie Howe’s men tried to sit back on their lead but couldn’t hold out for the win, with Alonso heading in the equaliser in the 85th minute before the Spaniard missed a chance to win it in injury time to wrap up an eventual week following his sending off against Bayern Munich.

Bournemouth had made a bright start and should have taken the lead inside the first five minutes, with Philip Billing missing two glorious chances.

The Dane firstly drew a good save from Willy Caballero before firing wide after stealing the ball from a dozing Fikayo Tomori on the edge of the Chelsea box.

Callum Wilson then forced a reaction save from Caballero although that was as good as it got for the Cherries as the away side slowly took control.

Chelsea twice tested Aaron Ramsdale from range via Mason Mount shots before making the breakthrough in the 33rd minute.

Reece James’ cross was flicked towards goal by Olivier Giroud, crashing off the crossbar and falling to Alonso to smash in a goal for the second league match in succession.

Chelsea had chances to extend their lead and Giroud missed a golden opportunity shortly after the half-time interval and, not for the first time this season, they were made to pay for failing to take their chances.

Caballero should have kept Lerma’s header out as the Colombian’s effort drew Bournemouth level and three minutes later the home side took the lead via a King strike.

Rather than look to press home their advantage, Bournemouth sat back and invited pressure from Frank Lampard’s men, with Giroud again going close for the visitors.

The equaliser did eventually arrive as Pedro forced a brilliant save from Ramsdale, only for Alonso to head home on the follow-up with five minutes to play.

The Spaniard had a chance to complete his hat-trick and snatch all three points for the away side in stoppage time.

Chelsea were ultimately forced to settle for a point as they moved clear of fifth-placed Manchester United in the race for the top four.