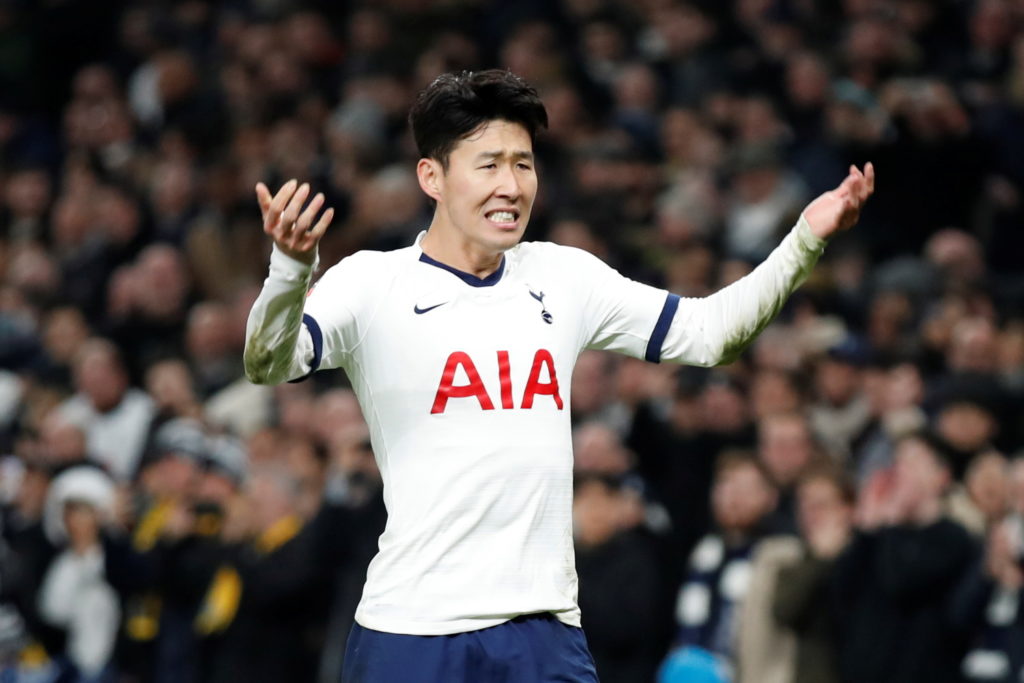 Tottenham booked an FA Cup fifth-round home tie against Norwich City after a fortunate 3-2 replay win against Southampton at the Tottenham Hotspur Stadium.

Tottenham made four changes from the XI that started the 2-0 win over Manchester City on Sunday as Jan Vertonghen, Eric Dier, Tanguy Ndombele and Ryan Sessegnon started.

Southampton boasted just two changes from the side that started the 4-0 loss at Premier League leaders Liverpool on Saturday as the ill Moussa Djenepo was replaced by Sofiane Boufal and regular cup goalkeeper Angus Gunn came in for Alex McCarthy.

It was the Saints who started brightly and they went close on seven minutes when Boufal got clear down the left and his near-perfect cross was heading towards the unmarked Shane Long until Hugo Lloris just tipped the ball beyond him.

Long turned provider three minutes later when he backheeled the ball into the path of Nathan Redmond, who cut inside and hit a shot through the legs of Toby Alderweireld which almost caught out Hugo Lloris as he managed to make the save with his feet.

Despite the visitors’ strong start it was Spurs who took the lead in the 12th minute when Stephens made an excellent tackle to deny Sessegnon only for the loose ball to break to Ndombele whose powerful effort then flew into the net off the unfortunate Saints’ stopper.

Southampton were inches away from an equaliser on 19 minutes when James Ward-Prowse played a great pass into the path of Danny Ings who then fired his close-range effort off the crossbar with Lloris rooted to his line.

Ralph Hasenhuttl’s side continued to dominate possession and they were rewarded with an equaliser on 34 minutes when Redmond hit a shot on the turn inside the area which Lloris could only parry straight into the path of Long, who slammed the ball home from eight yards out.

The half did end on a sour note for the Saints on 41 minutes when Ward-Prowse was stretchered off and needing oxygen after going down following a fair challenge with Sessegnon.

The Saints started the second half in the ascendancy, but it was Spurs who almost went in front on 53 minutes when Son Heung-min’s cross from the left picked out Lucas Moura just six yards out, but the Brazilian somehow headed wide.

Southampton went even closer to going ahead on 64 minutes when Jannik Vestergaard got up to meet a corner but watched as Lloris palmed his powerful header over the crossbar.

Saints did get the second goal their play merited on 72 minutes when Redmond broke after a cleared corner and ran 50 yards before playing in Ings who guided his effort past Lloris just inside the area.

Despite being second best, Spurs managed to pull an equaliser out of the bag on 78 minutes when Moura exchanged passes with Dele Alli and got a yard on Vestergaard before hitting his strike beyond the dive of Gunn.

Spurs then snatched with just two minutes remaining when Gunn brought down Son inside the area and the South Korean stepped up and sent his subsequent penalty into the bottom left-hand corner of the net.

Jose Mourinho’s men will now host Norwich in the week of March 3, while Southampton can count themselves unlucky to end up losing this fourth-round replay as they are left to focus on the Premier League.