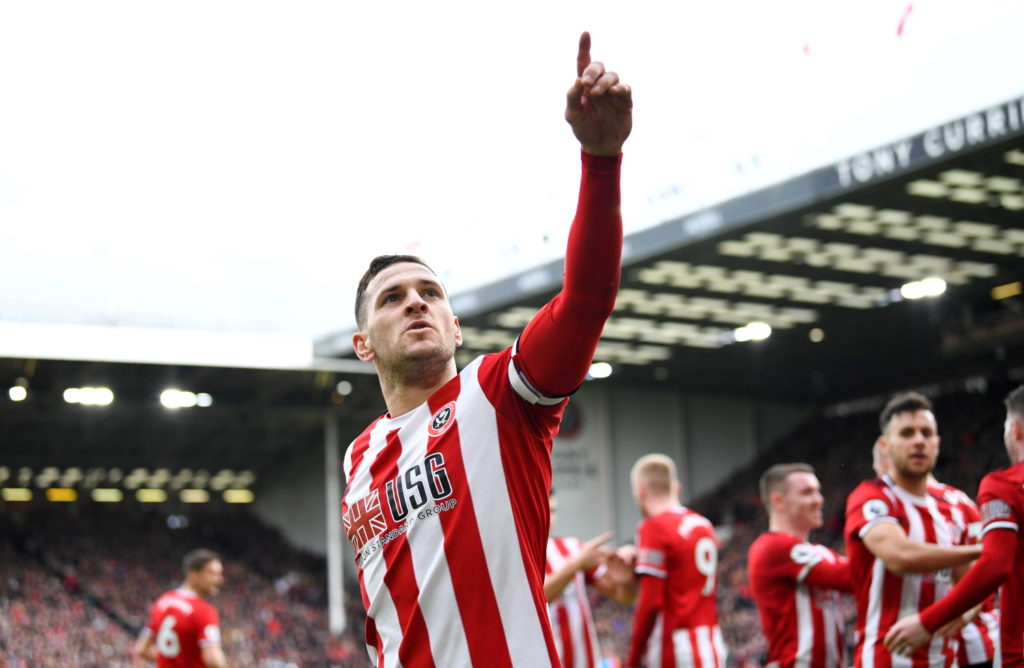 Sheffield United moved into the Premier League’s top-six with a hard-fought 1-0 win against the bottom club Norwich City at Bramall Lane.

The Blades made just one change from the last league game, a 1-1 home draw with Brighton, as John Lundstram replaced Sander Berge in midfield as the club record signing dropped to the bench.

Norwich boss Daniel Farke named the same side that started their 1-0 Premier League win against Leicester eight days ago.

The hosts engineered the first effort on target in the fourth minute when Billy Sharp lifted the ball into the penalty area for Ollie McBurnie who had a free header which Tim Krul did well to tip over his own crossbar.

The Blades continued to look the more likely to open the scoring only for Norwich to go close out of nothing on 14 minutes when some sloppy defending gifted a chance to Teemu Pukki who rattled the post from a tight angle.

Just as the contest became fairly evenly balanced, United got their noses in front on 36 minutes when Sharp got on the end of Lundstram’s superb right-wing cross and headed in his third goal in four matches.

The goal lifted the hosts and Lundstram almost added a second on 39 minutes but watched his effort drop just wide from the edge of the area.

McBurnie and Lundstram both tested Krul in the closing stages of the half as Norwich were no doubt relieved to go in at the break trailing by just a solitary goal.

Norwich started the second half brightly and put pressure on the hosts’ backline with Josip Drmic squandering a chance when he sent a header wide of Dean Henderson’s far corner.

The Blades responded with Chris Basham’s sublime flick over Kenny McLean setting himself up in front of goal, but he then poked his effort over the top.

Norwich remained firmly in the game and they were denied an equaliser on 78 minutes when he firstly denied Ben Godfrey and recovered to brilliantly stop Mario Vrancic from converting the follow-up with David McGoldrick then hooking the ball clear via his own crossbar.

The Canaries went close again on 84 minutes with a Jamal Lewis volley again forcing a smart save from Henderson.

However, they couldn’t find an equaliser as the Blades sit in sixth spot and are just two points off the top-four, while Norwich stay bottom and are six points off safety.