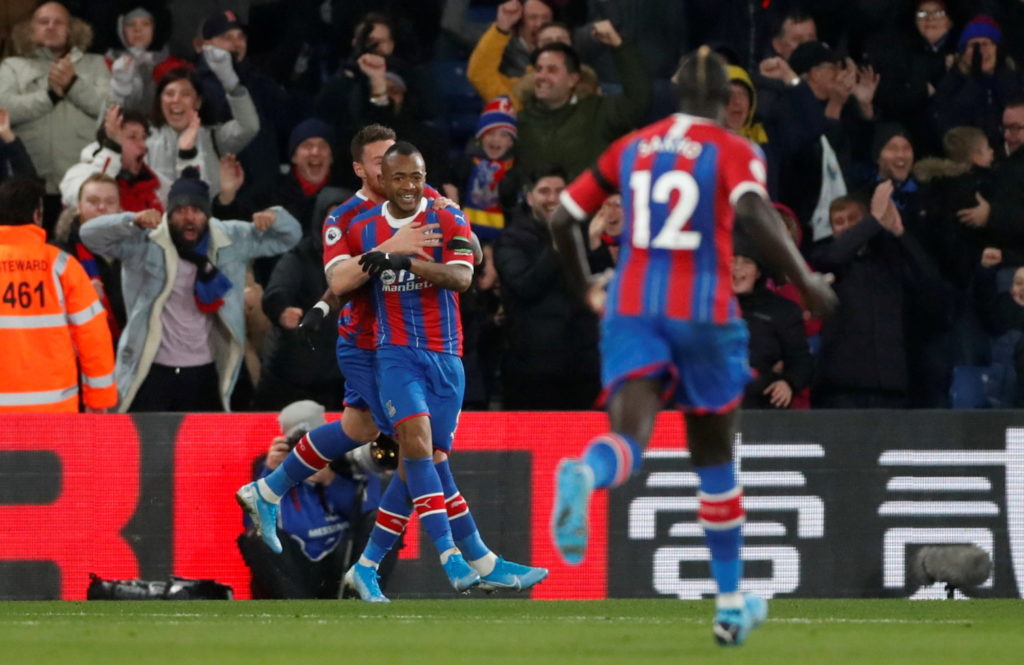 Watford came back down to earth after last Saturday’s incredible victory against Liverpool as they slumped to a 1-0 defeat at Crystal Palace.

Will Hughes then dragged a shot wide as Nigel Pearson’s side enjoyed the better of things.

However, it was the Eagles that broke the deadlock in the 28th minute when Ayew, who scored the winner against Brighton last weekend, was once again on target when he curled his shot past Ben Foster and into the top corner.

Watford were unfortunate to be behind at the break though particularly as Troy Deeney narrowly failed to connect with Kiko Femenia’s cross in first-half stoppage time.

After a rash of yellow cards at the start of the second half Foster denied Wilfried Zaha as Roy Hodgson’s side threatened to double their lead.

However, Watford went close to grabbing an equaliser when Deeney’s powerful long-range shot was saved by Guiata who then turned Doucoure’s header away for a corner.

Christian Benteke’s spectacular overhead kick went into the side-netting but Palace had already done enough to pick up another three points that moves them into the top half of the table while Watford remain in danger of the drop.