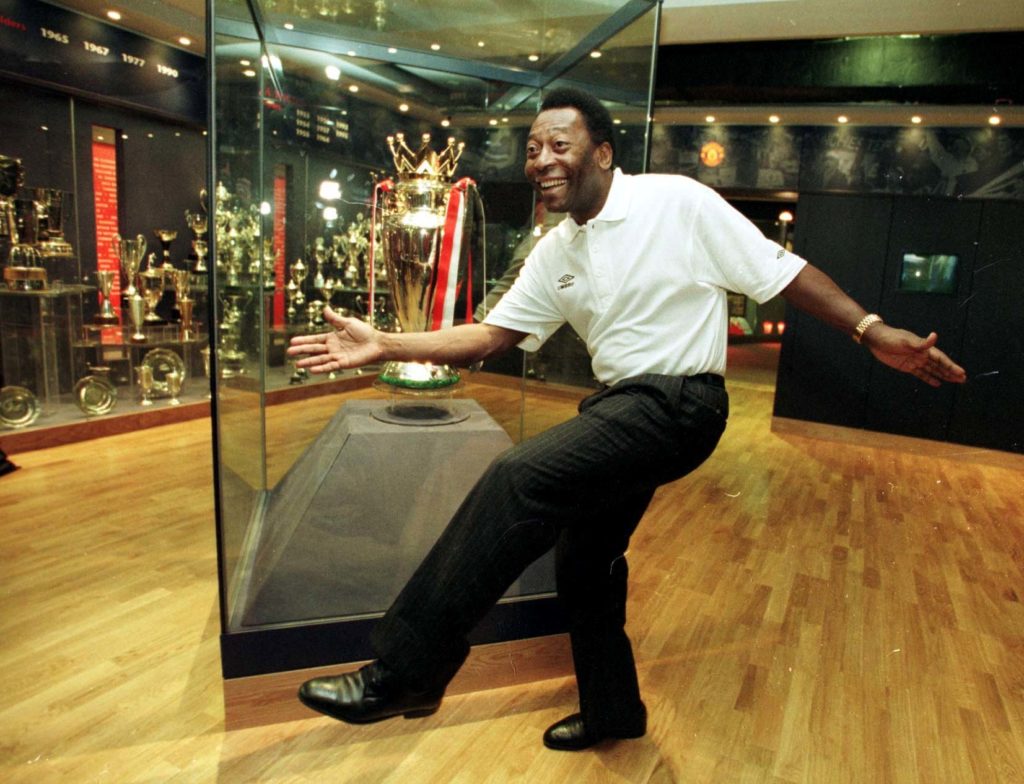 The Brazilian is regarded as one of the greatest footballers of all time.

Manchester United secured one of world football’s most illustrious names to open the trophy room in their new club museum on this day in 1998.

Pele, a three-time World Cup winner in 1958, 1962 and 1970, was in a playful mood as he danced for photographers. Just over a year later, United added the Champions League, Premier League and FA Cup trophies to their collection in a stellar 1998-99 treble-winning campaign.

The Brazilian, who turns 80 later this year, played in four World Cups in all, with the 1966 finals in England the only one of those appearances that did not end in glory for the South American side.

Pele came in for some physical treatment from opponents as Brazil failed to make it past the group stage.

Four years later, Brazil and Pele crossed paths with England in the group stage of the 1970 finals in Mexico.

The match played in blistering heat on June 7, 1970 in Guadalajara became famous for Gordon Banks’ extraordinary save to deny Pele an opening goal, and the exchange of shirts at the end of the game between the Brazilian striker and England captain Bobby Moore.