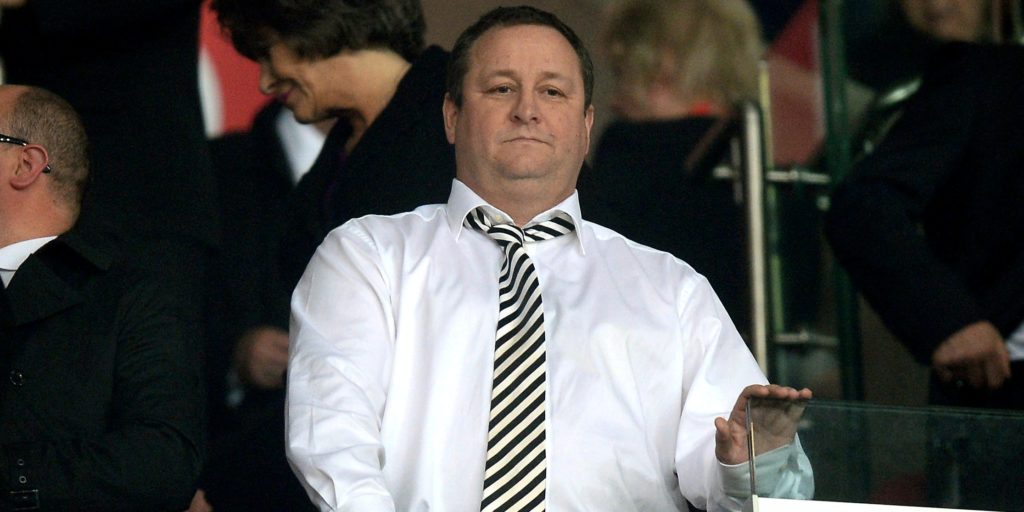 A potential buy-out moved a step closer after legal documents were drawn up and filed with Companies House.

Former Newcastle defender Steve Howey believes Mike Ashley would be getting a great deal if he sells the club for GBP 300million.

The Magpies are reportedly on the verge of being sold to a Saudi Arabia-backed consortium which involves Crown Prince Mohammed bin Salman for around GBP 300million.

If a deal is finalised it would end Ashley’s controversial 13-year reign at St James’ Park which has included renaming the stadium and fan boycotts.

“Mike Ashley only bought the club 13 years ago for GBP 134million, he has said he has invested this and that but there haven’t been marquee signings in that time,” Howey told Sky Sports News.

“We know how much money gets generated through the Premier League and TV money so, for me, he is getting a great deal.

“To get it for GBP 300m they will be pleased, the new owners, and Mike Ashley is probably getting to a point where enough is enough. People up here will be hoping he just takes his money and goes.

“Everybody will be celebrating. A lot of fans around the country probably think it’s just Newcastle fans complaining again. That’s not the case, they just want the team to compete.

“Every fan from every club wants transparency, they wanted to see money being put into the club and the playing staff and that hasn’t been done under Mike Ashley.”

A 31-page charge agreement lodged at Companies House has paved the way legally for a deal to be finalised with potential buyer Amanda Staveley.

Financier Staveley, whose firm is PCP Capital Partners, is leading a bid backed by Saudi Arabia’s sovereign wealth fund and the Reuben brothers (Simon and David).

However, the news was not welcomed by Amnesty International, whose Felix Jakens claimed: “We need to see it for what it is: Saudi Arabia attempting to use the glamour and prestige of Premier League football as a PR tool to distract from the country’s abysmal human rights record.

“There’s a name for this – it’s called ‘sportswashing’.

“With the world in crisis because of coronavirus, there’s a risk that this deal could go ahead without the degree of scrutiny it should receive.

“While it’s not for us to say who should own Newcastle United, the Premier League will obviously want to establish that the club’s new owners meet the league’s owners and directors test.”