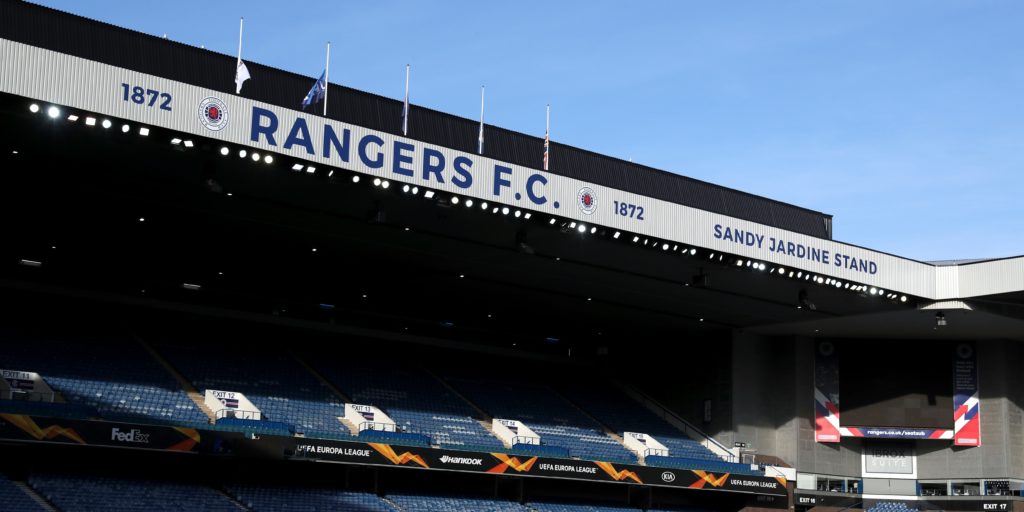 Rangers are examining “all legal options” after again calling for an independent inquiry into the SPFL’s handling of the vote to end the season outside of the Scottish top flight.

Gers, who voted against the SPFL’s successful resolution, want chief executive Neil Doncaster and legal advisor Rod McKenzie suspended while they are the “subject of forensic examination”.

It comes after manager Steven Gerrard earlier called the governing body an “absolute mess” while Partick Thistle opted not to pursue a legal case.

A statement from the Ibrox club read: “No fair-minded person can take the outcome of this vote seriously. The SPFL has conducted a process which has been misleading and deeply flawed.

Rangers were one of the clubs to provide a counter-proposal to the SPFL’s plan to call the season off, suggesting that clubs were awarded their prize money early.

But it was ruled out by the governing body, much to the Light Blues’ confusion.

“The SPFL chose to obstruct our resolution which would have given clubs the required financial support, without the pre-condition of ending the season,” their statement added.

“The fact that this solution was not afforded sufficient consideration defies belief and further underlines the view held by many clubs that the processes and behaviours of certain individuals must now be the subject of forensic examination.”

Gerrard is disappointed by the lack of leadership from the SPFL.

“From afar, the SPFL looks an absolute mess, in all honesty. I’m watching ex-players, pundits, I’m reading media and it’s getting absolutely battered from pillar to post, the way its handled things, certainly in the last couple of days.”

Dundee, whose cast the deciding vote, have insisted that they did not change their intention after suggestions they originally voted to reject the SPFL’s resolution.

A club statement read: “There was no changing of our vote at any time that day as has been reported in some channels.

“If what we achieved in our pause was presented by the SPFL in the first instance we would have voted in favour of the proposal on 10 April 2020.

“We have achieved the best deal possible out of a situation that was going to be bad for us in any iteration that was being proposed. Let us be clear, no matter what the proposal looked like, the majority of the clubs in the Premiership and the Championship are proponents of promotion/relegation.

“In conclusion, from a very poor situation we have gotten the best result for Dundee FC and for Scottish Football as a whole.

“Of 42 teams, 35 have voted yes in a democratic ballot and for most, the important thing is the monies can be distributed and they can work on survival plans for their clubs. It is time now to return our focus on staying safe and planning for the future of Dundee FC.”

While Rangers are considering their legal options, Partick have decided against going down that avenue.

Thistle are one of the worst affected by the SPFL’s decision, as they will be relegated to the Scottish League One, but did not want to put the club at further financial risk.

“Having taken further legal advice, we have been advised that we have the option to take this before a court. Instinctively, injustice demands reparation,” they said in a statement.

“However, as a club, the decision to relegate Thistle is first and foremost about our people and what this might mean for them.

“To pursue court action costs money and considerable time – so we have had to consider carefully whether both could be better spent on securing the club’s future and protecting the livelihoods of those we employ.

“In deciding what our next steps should be, that was our first priority.

“Taking all of that into account, although we stand by the legal opinion, the board has agreed that we will not seek “further remedy” against the SPFL in order to overturn the resolution.

“Although we remain at a loss to understand why a decision was taken – at a time when Governments are seeking to support jobs across sectors – that will cause significant damage to Thistle and others.

“Instead, we will focus our efforts and monies on Thistle and look forward, not back. That includes making a positive contribution to the discussions on possible changes to the league structures.”