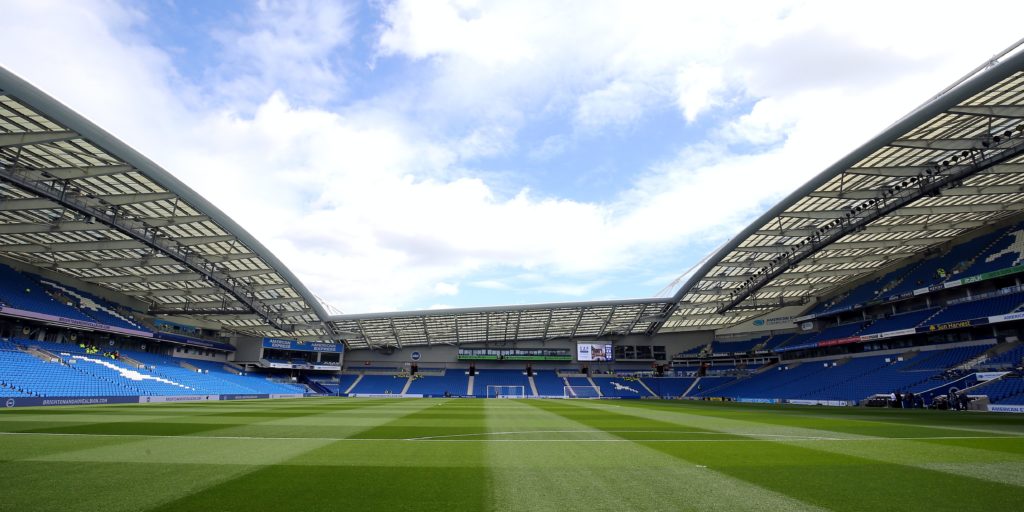 The Amex will be able to host 1,000 tests a day while Roma’s players have given up their wages.

Brighton’s stadium has been converted into the south coast’s biggest drive-in coronavirus testing centre while Roma’s squad have given up their wages for the rest of the season.

The appointment-only centre has been put in place at the American Express Community Stadium as part of the drive to increase testing for NHS staff and other key workers.

The Amex launch is part of the Government’s partnership with universities, research institutes and companies to begin roll-out of new labs and field testing sites across the UK, with 32 testing sites opened to date.

Brighton chief executive Paul Barber said: “It is hugely impressive, and a great triumph of both teamwork and hard work.

“The Amex will be the biggest testing site anywhere on the south coast, and will be used for self-testing and assisted testing.

“The centre was scheduled to see more than 50 NHS frontline workers on Saturday afternoon, and they will have the results of their tests within 48 hours. Within a few days, the site should reach its capacity of up to 1,000 tests a day.”

In Italy, Roma’s squad have agreed to give up their wages for the rest of the season.

Roma chief executive Guido Fienga said: “We always talk about unity at Roma and in volunteering to cut their salaries for the rest of the season, the players, the coach, and his staff, have all proved that we really are in this together.”

Grimsby striker Billy Clarke is also raffling off Cesc Fabregas’ shirt to raise money for the NHS and those in need in Bradford.

The forward has set up an online raffle from the Bantams’ shock 4-2 FA Cup win at Chelsea in January 2015, which also includes his jersey from the day.

He is raising funds for Bradford Teaching Hospitals NHS Foundation Trust and the Trussell Trust, which has a foodbank branch in the city.

“Bradford is a city I live near and I have a real fondness for it. The people are nice, genuine people,” Clarke, who played 136 games and scored 26 goals in two spells at Valley Parade, told the PA news agency.

“Everyone knows Bradford isn’t an affluent area so when everyone is getting laid off or furloughed there might be people who are struggling to feed their families.”