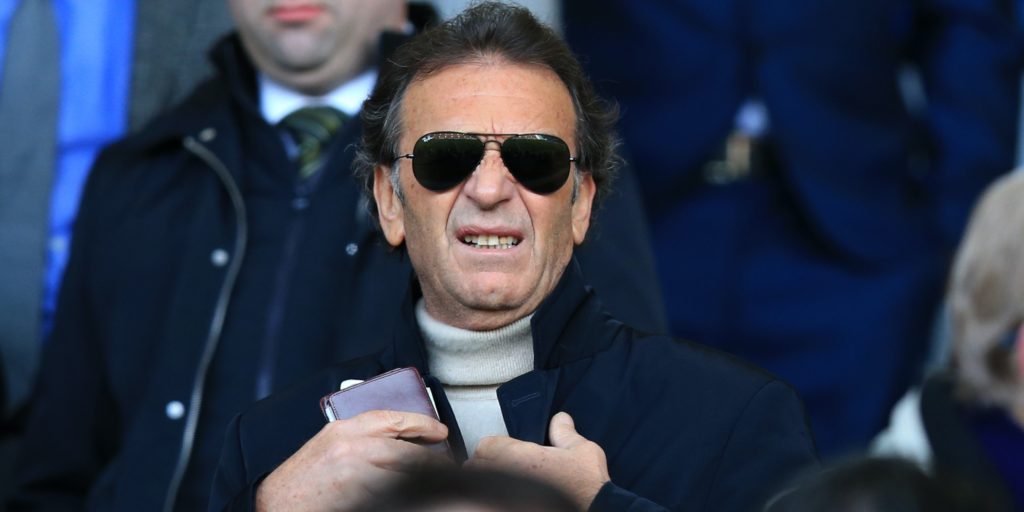 The 63-year-old now owns Serie A side Brescia.

Former Leeds owner Massimo Cellino has revealed he and his daughter have tested positive for coronavirus.

The 63-year-old now owns Serie A side Brescia, based in the region of Lombardy which has been one of the worst affected areas during the pandemic.

However, Cellino maintains he contracted the deadly virus while travelling around Italy, even though a strict lockdown has been in place across the country for more than a month.

He told La Repubblica: “I’ve been in Cagliari for a few days, after completing three weeks of quarantine in Brescia.

“Then I spent Easter in Sardinia with my family, I took a private plane and I returned. After two weeks of quarantine in Cagliari I went to the hospital for checks.

“It turned out that my daughter had the virus, my son didn’t have it. And that I have it.

“I have excessive tiredness and severe pain in my bones. It is bad for the liver.”