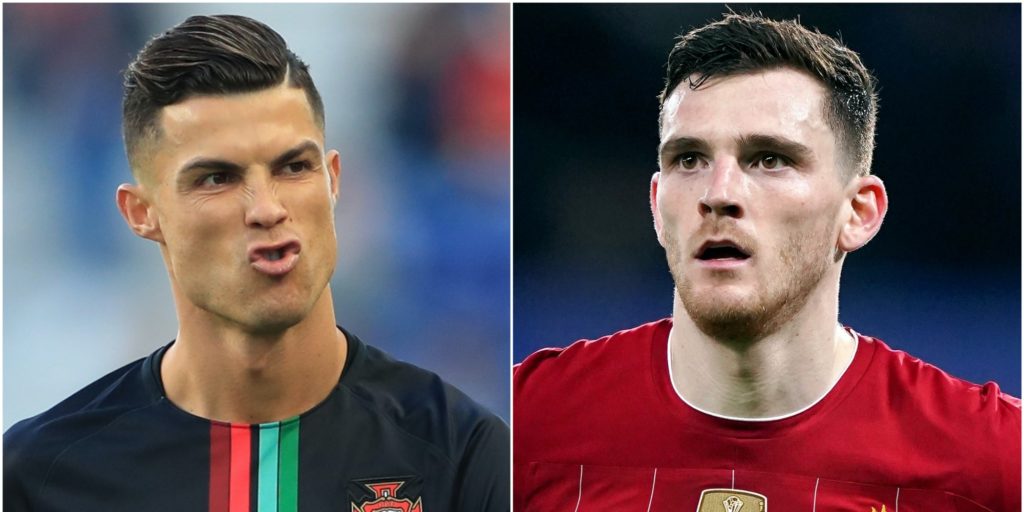 Here, the PA news agency looks at some of the best examples from April 18.

Liverpool defender Andy Robertson took time out of his busy schedule to surprise video call three volunteers from the Reds’ community initiatives, either side of checking in on team-mate Trent Alexander-Arnold!

The Scot tweeted: “Enjoyed doing this and having a quick chat with Brian, John & Steve. Hopefully it cheered them up as much as it did for me.”

Robertson’s fellow Liverpool defender Virgil Van Dijk was proudly showing off his face on a billboard.

As was Leicester and England left-back Ben Chilwell.

Brighton have knocked back an offer from a young Leeds fan who wanted to make Ben White’s loan deal at Elland Road permanent.

The 22-year-old has shone during his season-long stay at Championship leaders United and Daniel Auton wrote a letter to Brighton asking to buy the defender with his own pocket money.

But Seagulls chief executive Paul Barber replied to Daniel stating White was not for sale.

Leeds owner Andrea Radrizzani was impressed with Daniel’s effort and offered him a job for when he leaves school.

Sheffield United striker Billy Sharp’s son recreated another goal in his back garden, this time from his dad.

Former Manchester United and England defender Gary Neville was looking for film recommendations, having revealed he has not watched one since seeing Braveheart.

England seamer Chris Woakes swapped a cricket ball for a pair of scissors.

Conor McGregor could not wait any longer for the barbers to re-open.

Alberto Contador auctioned his bike from the 2011 Giro d’Italia and Tour de France, raising 22,500 euros for the Spanish health services. That year Contador won the Giro and finished fifth in the Tour but was stripped of both results after what he claimed was contaminated meat led to a positive test.

Great Britain star Sam Ward has been keeping himself occupied during the lockdown with the Isolation Games. Saturday saw Ward participate in event 26 – water polo.