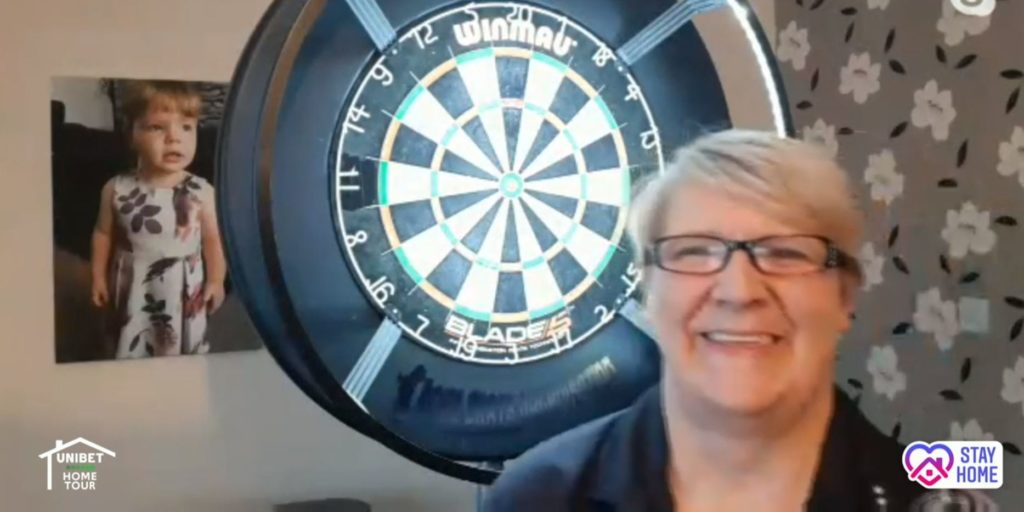 Lisa Ashton signed off with a win in Group Four of the Unibet PDC Home Tour before Geert Nentjes progressed to the next round with a perfect record.

Nentjes beat Ross Smith 5-3 in the deciding final contest of the fourth night of the new tournament, which sees players taking part from home via video link which is screened live on the internet.

Ashton, the first woman to get a PDC Tour Card through qualifying school, fell 5-1 to Smith in the opening match.

The four-time BDO women’s world champion had the chance to take Nentjes to a final leg but twice missed double top and the Dutchman wrapped up a 5-3 win with his last effort at double five to follow his earlier 5-4 triumph against former Players Championship event winner Mickey Mansell.

Northern Irishman Mansell beat Smith 5-3 to keep himself in the running but Ashton extinguished his chances as she signed off with a 5-3 victory.

The Bolton thrower went 3-0 and then 4-2 up before throwing away a good position after hitting 180 early in the seventh leg.

But she hit double 19 at the first attempt to leave Nentjes and 2019 UK Open quarter-finalist Smith to face off for the group.

The 21-year-old Dutchman got off to a flying start in the decider and kept his nerve after a fightback from Smith to join Dave Chisnall, Luke Woodhouse and Jamie Lewis as group winners.

Nentjes said: “I wasn’t expecting to play this well but I got the match feeling again, in my home environment, and I was just hitting it. Can we play like this all the time?”