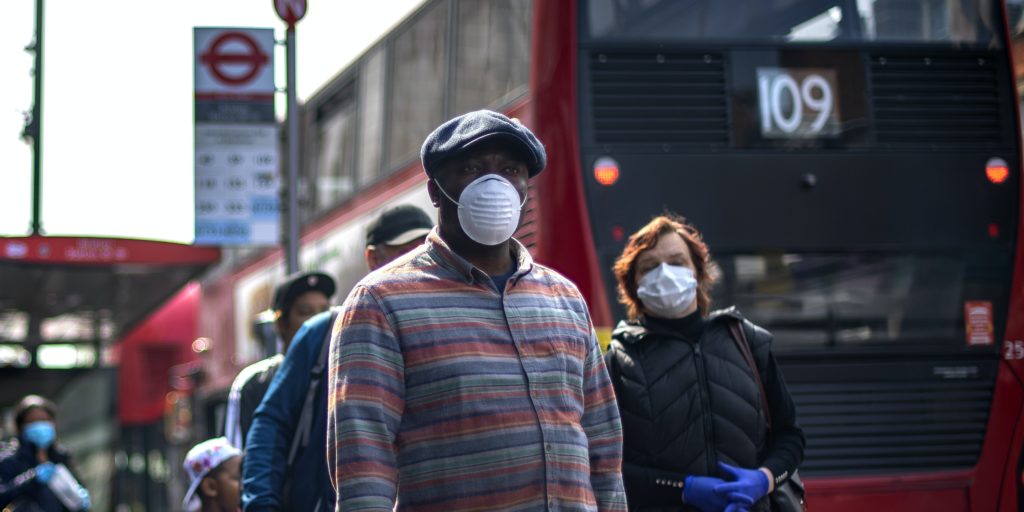 Competition in England has been suspended since March 13.

Players wearing face masks during matches and training would be a “sensible precaution” to take to limit the spread of coronavirus, an epidemiologist has said.

Sporting competitions including the Premier League and the English Football League are currently suspended due to the Covid-19 outbreak but are formulating plans for how they could restart should the Government take the decision to relax certain restrictions, with the nation currently in lockdown until May 7 at least.

The EFL has given guidance to its clubs to consider a return to training no earlier than May 16, and Dr Rowland Kao from the University of Edinburgh has suggested that while the effectiveness of masks is still a subject for debate, it may be an idea for sports administrators to consider.

“Masks tend not to protect you but protect others,” he told the PA news agency.

“They prevent aerosol spray but leaves open (the risk of) fomite transmission – putting your hand to your mouth or your face and then wiping it somewhere else, like a doorknob.

“It’s unclear how much protection those masks would be, but it would seem sensible to put as many precautions as you could in place. If you have got 300-500 people coming together (for a match behind closed doors), there’s an opportunity for multiple infections to occur.”

West Ham chief executive Karren Brady suggested at the weekend that up to 500 people would be involved in the staging of a match behind closed doors.

The Premier League did not directly respond to Dr Kao’s comments on face masks, and will be guided by Government advice as and when there is the possibility of training or matches restarting.

World players’ union FIFPRO is in discussions over safety protocols at training and matches, including with the World Health Organisation.

The WHO’s current advice is that masks should only be worn by those who are sick and showing symptoms or those caring for people suspected to have coronavirus, and are not suitable for the general public because they can be contaminated by other people’s coughs and sneezes, or when putting them on or removing them.

The WHO is also concerned they may offer people a false sense of security.

However, the European Centre for Disease Prevention and Control says masks may help prevent the spread of infection from people who are contagious but not yet showing symptoms, particularly in a setting such as public transport or other busy spaces.

Dr Kao said regular testing of all personnel involved in training and the staging of behind-closed-doors matches would be vital, and that health services must be prioritised in the provision of the tests.

“There will be some question as to whether such tests are available. If we’re talking about a substantial number of teams and a substantial number of tests, it’s not clear to me at this time whether that would be viewed as an appropriate use of such testing, if we’re trying to prioritise other areas. If you couldn’t do the testing, it’s unlikely any activity could restart.”

Professional football in England has been suspended since March 13, with a return date being kept under review.