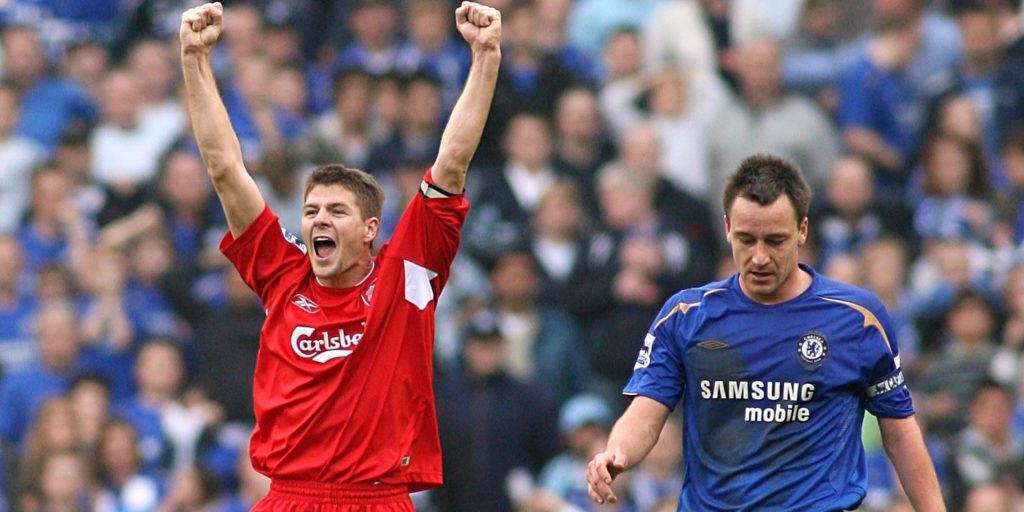 Garcia had grabbed what Mourinho branded a ‘ghost goal’ at Anfield a year earlier to knock Chelsea out of the 2005 Champions League semi-finals.

And the Spaniard played a key role in plotting Chelsea’s FA Cup downfall in Manchester.

John Arne Riise’s early freekick put Liverpool in the driving seat but, with the tie in the balance, it was Garcia who gave Chelsea a mountain to climb with a half-volley that made it 2-0 just after the break.

Didier Dogba had the Liverpool nerves jangling when he pulled a goal back with a header 20 minutes from time.

But Liverpool held firm to book a final meeting with West Ham in Cardiff, the last final at the Millennium Stadium before it returned to a rebuilt Wembley.

It would be labelled the ‘Gerrard final’, after the Liverpool skipper scored twice, including a spectacular injury-time equaliser paving the way for the Reds to triumph in a penalty shoot-out.