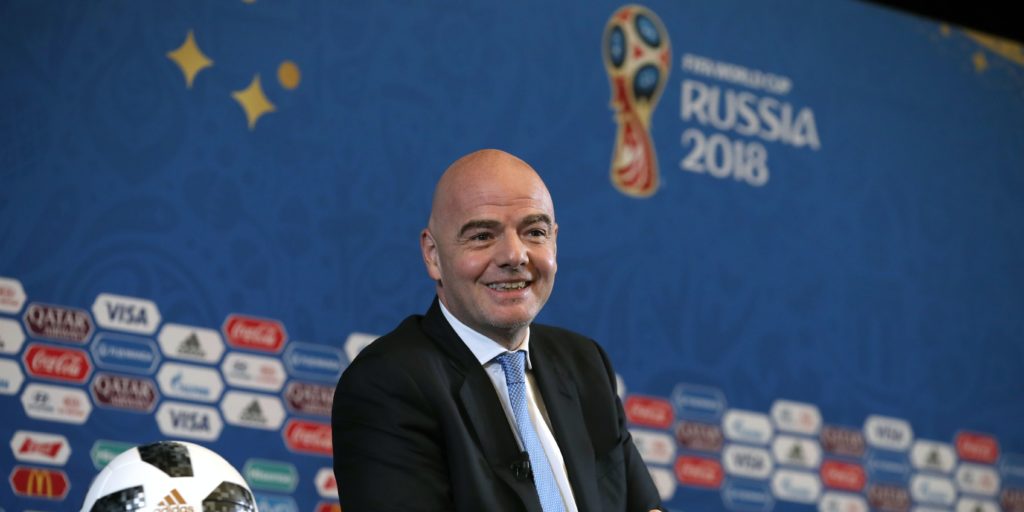 FIFA is releasing around 150 million US dollars (GBP 121million) to its national associations whose finances have been badly affected by the coronavirus pandemic.

The game’s world governing body said each of its 211 member countries would receive 500,000 US dollars in the coming days plus any entitlement under the Forward 2.0 development programme.

FIFA president Gianni Infantino described it as the “first step” in a wider plan to assist those struggling due to the Covid-19 outbreak.

“The pandemic has caused unprecedented challenges for the entire football community and, as the world governing body, it is FIFA’s duty to be there and support the ones that are facing acute needs,” he said.

“This starts by providing immediate financial assistance to our member associations, many of which are experiencing severe financial distress. This is the first step of a far-reaching financial relief plan we are developing to respond to the emergency across the whole football community.”

FIFA said the money represented operational funding for 2019 and 2020. Under normal circumstances, the associations would only receive full funding upon fulfilment of specific criteria such as the organisation of a set number of men’s, women’s and youth competitions, but was providing it to protect its members.

The English Football Association announced earlier this month that it could lose up to GBP 150m as a result of the pandemic. It has implemented wage cuts, initially for the next three months, with its top earners including England manager Gareth Southgate sacrificing 30 per cent of their salary.

FIFA said the next stages of its financial relief plan are being worked on and would be communicated in due course.

Clubs in the EFL are facing severe financial difficulties because of the loss of matchday revenue and in many cases have furloughed staff under the Government’s coronavirus job retention scheme.

Palios, who is a member of the EFL’s financial working group, said: “If FIFA has raised some kind of fund like this, then yes we would like to get our fair share of it into the EFL.”

FIFA is reported to have cash reserves of around 2.7 billion US dollars (almost GBP 2.2bn).