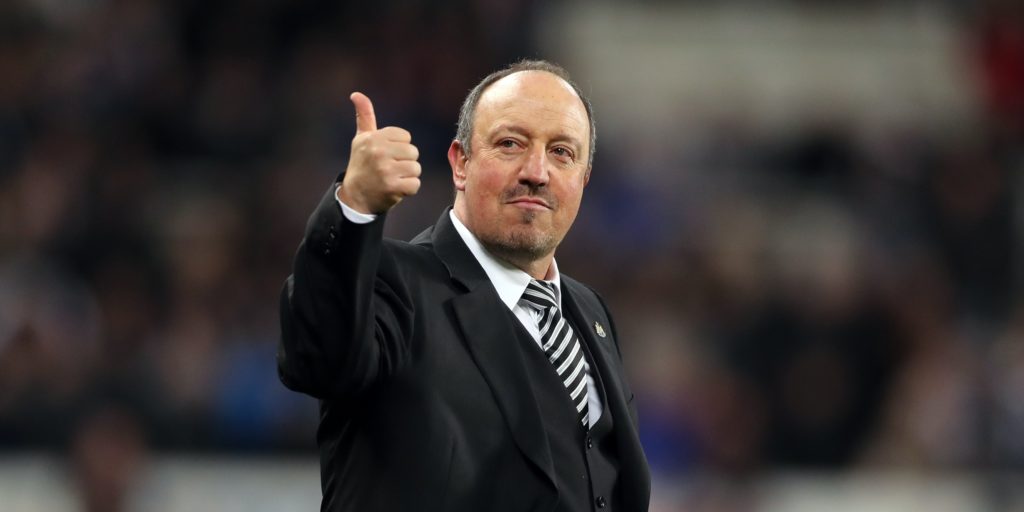 Preston were swept aside in front of a packed St James’ Park.

A 4-1 win over Preston on this day in 2017 saw Newcastle secure promotion back to the Premier League at the first attempt.

Rafael Benitez’s surprise decision to stay at the helm following the drop a year before was vindicated as his side would go on to secure the Championship title.

Here the PA news agency takes a look at the Magpies’ return to the top flight.

Having secured promotion in 2010 under Chris Hughton, Newcastle flirted with danger in 2013-14 and 2014-15 before finally succumbing to the drop the following season. Benitez was unable to keep them up having been named manager in March, replacing ex-England boss Steve McClaren with the Magpies 19th in the table. To add insult to injury, Newcastle’s relegation was confirmed by rivals Sunderland beating Everton 3-0.

With Newcastle dropping to the Championship there was much speculation that Benitez – who had no shortage of job offers elsewhere – might cut short his stay on Tyneside after just a few weeks. But the Spaniard committed to stay on May 25. “The love I could feel from the fans was a big influence for me,” he said. With a number of star players also agreeing to stay on, Newcastle proved too strong for their Championship rivals as they put themselves firmly on course for promotion.

More than 50,000 fans gathered at St James’ Park on April 24 with a sense of expectation as Newcastle stood on the verge of promotion. And though Jordan Hugill cancelled out Ayoze Perez’s seventh-minute opener, Newcastle would not be denied as they brushed aside Preston 4-1 to get the final points needed. Christian Atsu put them back in front before half-time and Newcastle were firmly on their way once Preston’s Paul Gallagher was dismissed for handling a shot on the line, conceding a 65th minute penalty which Matt Ritchie dispatched. Two minutes later, Jonjo Shelvey’s corner bounced off a post and struck Perez to make it 4-1 – and Newcastle were back in the top flight. Confirmation of the Championship title followed two weeks later with a 3-0 win over Barnsley on May 7.

Despite the unwanted distraction of owner Mike Ashley putting the club up for sale in October 2017, Benitez helped Newcastle thrive in their first campaign back with a 3-0 win over the previous season’s champions Chelsea on the final day securing a 10th place finish. They faced relegation worries at the mid-point of the following season before rallying to finish 13th – but Benitez chose to leave the club in June 2019, rejecting a new contract offer due to concerns over Ashley’s commitment to invest in the club. Steve Bruce was named as his replacement.