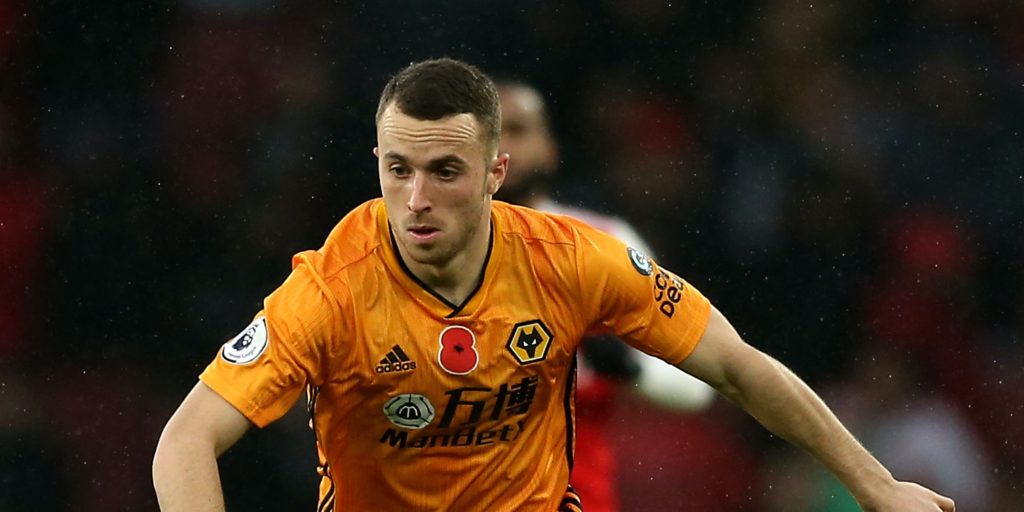 The Portuguese says decisions elsewhere are not relevant.

Wolves forward Diogo Jota believes it is important for the Premier League to complete the 2019/2020 season, regardless of decisions made elsewhere in the world.

All football authorities who have seen campaigns interrupted by the coronavirus pandemic have been grappling with the same question since the fixture list ground to a halt – whether to finish what has already been started or render the season null and void.

In England the latter option has been taken below National League level and for all women’s football beyond the Championship, with Holland’s Eredivisie taking that route on Friday and Belgium’s Pro League awaiting ratification of a similar decision.

The idea of failing to crown a Premier League champion is problematic given Liverpool’s dominant position on top of the table, while the issue or promotion and relegation is arguably even thornier given financial considerations.

Portugal international Jota, who defeated Reds defender Trent Alexander-Arnold to the ePremier League Invitational FIFA20 tournament over the weekend, has made it clear where his priorities lie.

“We don’t need to look to other countries. Each country has its own problems and has to deal with them individually,” he told BBC Sport.

“Although some leagues can end right away, others can start sooner. I know almost every country in the world has the Premier League as one of the leagues to watch so it is major that we can finish the season.

“Obviously health is first and when everything is ready to go we can finish the season. Everyone wants the fans in the stadium…maybe we need to go step by step and the first step is to play behind closed doors.”

Wolves are sixth in the table after 29 games, two points Manchester United in the race for Europa League football. Should that battle resume in the coming months, Jota believes there will be a sense of uncertainty given the lengthy interruption.

“Anything can happen because it will be like a new season,” he said.

“When it starts, it will be like a pre-season for the players because when you don’t play it’s impossible to be as fit as you were.”