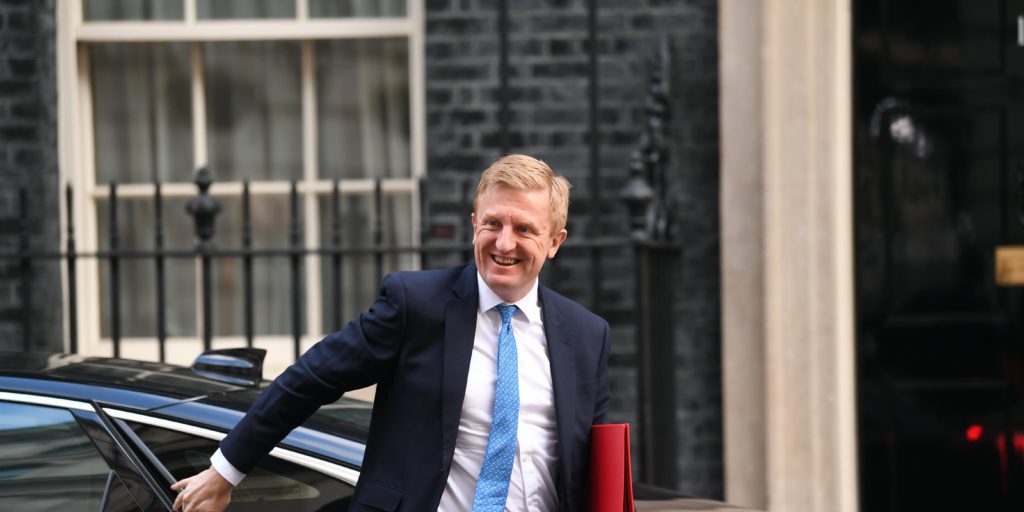 Medical officials from major sports governing bodies will be involved in weekly meetings with Public Health England and DCMS.

Talks are ongoing to get the Premier League up and running as soon as possible, Culture Secretary Oliver Dowden has said.

Dowden’s department is leading discussions on how professional sport can restart should coronavirus lockdown restrictions be eased, with weekly meetings from this week onwards due to take place between medical officials from the major sports governing bodies and representatives of Public Health England.

It is understood the Premier League’s medical adviser Mark Gillett and the Football Association’s head of medicine Charlotte Cowie will be among those involved in the Government discussions.

Any resumption of sport could only happen if the Government’s five tests are fulfilled, covering such areas as NHS capacity, the availability of testing and PPE and a fall in the death and infection rates. It is accepted that for the foreseeable future this would be about sporting events happening behind closed doors.

Other European leagues are working towards a restart.

The German Bundesliga is due to return next month, subject to clearance from the relevant authorities, with its clubs already back in training.

FIGC president Gabriele Gravina said: “We have always said that we want to start again when the conditions have been met and the horizon envisaged by the government allows us to do it.

“We are convinced of the path we have taken because it is serious and responsible, the only one that pursues the general interest of the system (of relaxing restrictions) and the more complex one of Italian sport which, for various reasons, would also be damaged by the definitive stop of the Serie A championship.”

European football’s governing body confirmed the money, which equates to just over GBP 200m, is part of the HatTrick funding.

UEFA president Aleksander Ceferin said: “Our sport is facing an unprecedented challenge brought about by the COVID-19 crisis.

“UEFA wants to help its members to respond in ways that are appropriate to their specific circumstances. As a result, we have agreed that up to EURO 4.3m per association, paid for the remainder of this season and next, as well as part of the investment funding, can be used as our members see fit to rebuild the football community.

“I believe this is a responsible decision to help as much as we can; and I am proud of the unity that football is showing throughout this crisis. Without doubt, football will be at the heart of life returning to normal. When that time comes, football must be ready to answer that call.”