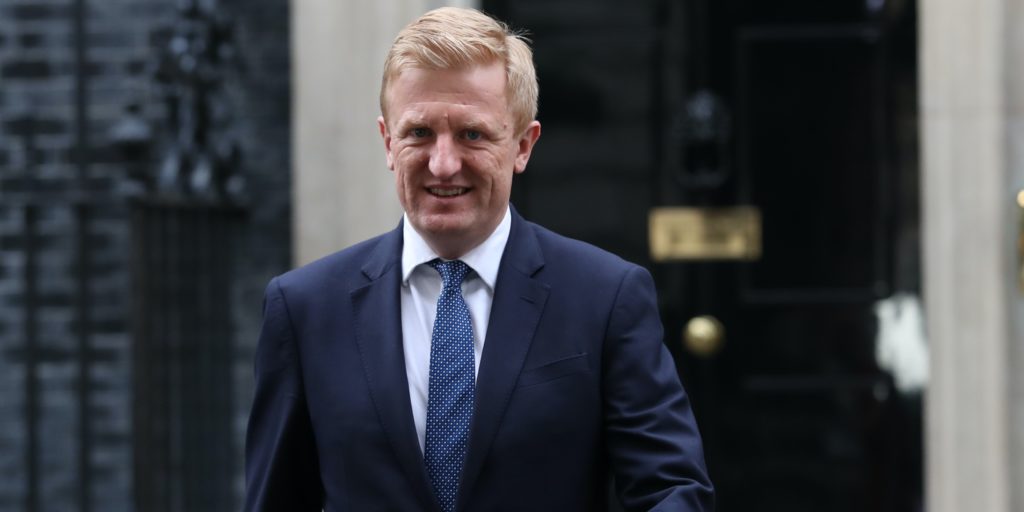 Arsenal, Brighton, West Ham and Spurs have made tentative steps to open their training grounds with a potential return to action scheduled for June.

Culture Secretary Oliver Dowden says talks are ongoing to get the Premier League “up and running as soon as possible” as top-flight players begin to return to training grounds.

With the country still in lockdown due to the coronavirus pandemic, Dowden’s department is leading discussions on how professional sport can restart should restrictions be eased.

Weekly meetings will now be taking place between medical officials from the major sports governing bodies and representatives of Public Health England. It is understood the Premier League’s medical adviser Mark Gillett and the Football Association’s head of medicine Charlotte Cowie will be among those involved in the Government discussions.

Any resumption of sport could only happen if the Government’s five tests are fulfilled, covering such areas as NHS capacity, the availability of testing and PPE and a fall in the death and infection rates. It is accepted that for the foreseeable future this would be about sporting events happening behind closed doors.

June 8 has been reported as a potential start date while the PA news agency understands that June 6 could also be an option, but Watford chairman Scott Duxbury says the NHS must come first.

“I feel uncomfortable at this stage talking about football as a narrative with there being stresses on the NHS and that has to be a priority,” he told several newspapers.

“Do I want to resume football? Absolutely. As long as it is safe, and the Government says it is absolutely fine.

“I’ll be led by the Government. If they say it’s safe and we’re not going to put pressure on the NHS, then fantastic.

“But I think we have to be led to make sure that it is safe and that we are not rushing.”

With a return appearing to edge closer, some Arsenal players were pictured training at their London Colney base on Monday.

A West Ham spokesperson said: “Players in apartments or without safe access to green spaces are permitted to individually run around the pitches at Rush Green.

“Access will be limited to one player at a time and all sessions will be in line with Government guidelines around social distancing, with everyone’s safety and wellbeing of paramount importance.

“Players will travel alone, conduct their tailored programmes and then return home. No-one will be granted access to the main building.”

Tottenham – who have had to remind players of their responsibilities after some were pictured flouting Covid-19 guidelines – announced their squad will be allowed to return to their training ground on Tuesday.

“From tomorrow, the club shall be making a limited number of pitches available at our training centre for members of our first team squad to use for individual running sessions on a strict rotational basis,” the statement read.

“No more than one player per pitch will be permitted at any one time to undertake on-pitch exercise, with only a restricted number of the squad coming to the training centre each day.

“Each player will travel independently and arrive at the facilities already dressed in training wear before returning home immediately after they have concluded their session.

“All activity will be conducted in line with government guidelines with social distancing maintained at all times and there will be no access permitted to any building on site.”

The Premier League is not alone in eyeing a restart. The Bundesliga is due to return next month, subject to clearance from the relevant authorities, with the German top-flight’s clubs already back in training.

European football’s governing body confirmed the money is part of the HatTrick funding, with each association will receiving up to 4.3m euros (GBP 3.75m).