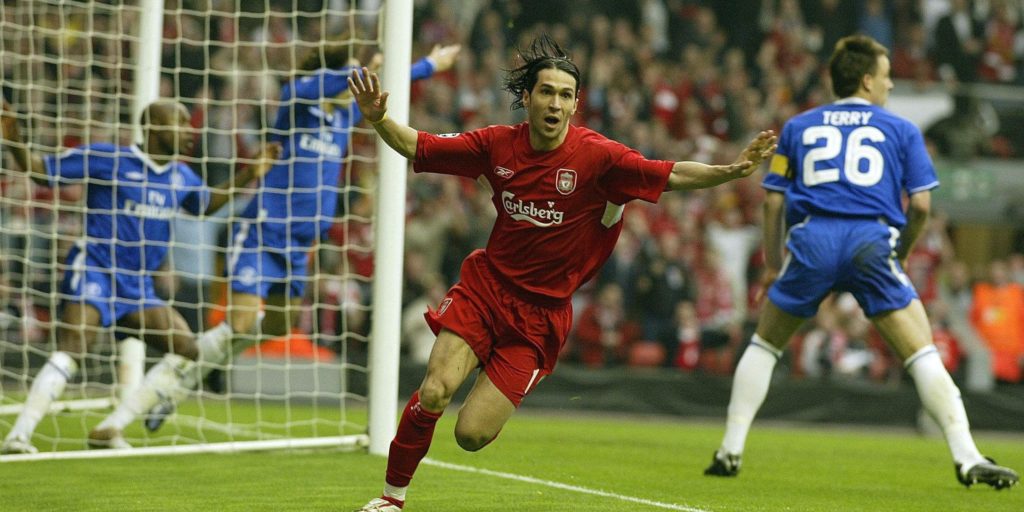 From Sir Geoff Hurst to Pedro Mendes, there have been plenty of controversial decisions when it comes to the ball crossing the line.

On May 3, 2005, Luis Garcia scored a controversial goal to help Liverpool past Chelsea in the Champions League semi-final, with the ball seemingly not going over the line before being cleared.

Here, the PA news agency looks at other ‘ghost goals’, some awarded, some not.

Arguably the most famous contentious goal in English history, there are still question marks over whether Sir Geoff Hurst’s second goal in the 1966 World Cup final crossed the line. With the game level at 2-2 in extra-time, Hurst collected a cross from Alan Ball and sent an effort crashing onto the underside of the bar. Linesman Tofiq Bahramov indicated the ball had crossed the line, though it is unclear from footage, and the referee Gottfried Dienst awarded the goal. It gave England the lead, with Hurst completing his hat-trick soon after.

The Three Lions were on the other end of a decision in the 2010 World Cup, though this was nowhere near as marginal. In the last-16 encounter in South Africa, Fabio Capello’s men were trailing 2-1 when, on the stroke of half-time, Frank Lampard’s shot from the edge of the area hit the crossbar and obviously looked to bounce over the line by a couple of yards. The linesman was not level with play and the referee was unsighted so no goal was awarded, to the dismay of England. Replays confirmed the ball had clearly crossed the line and the Three Lions went on to lose 4-1.

One of the most bizarre goals ever awarded saw fresh-faced referee Stuart Atwell at the heart of the controversy. In a Championship game, Reading had a corner which hit Watford defender John Eustace and bounced well wide of the goal. It was so wide that a Reading player stretched to keep the ball in play and a scramble ensued. Afterwards, linesman Nigel Bannister called Atwell over and – duped by an optical illusion – insisted the ball had gone into the net when it deflected off Eustace. There was carnage as Watford protested the decision, with manager Aidy Bothroyd sent to the stands. The game ended 2-2.

Only the most bizarre set of circumstances saw Stefan Kiessling awarded a goal for Leverkusen in a 2013 Bundesliga match. With the visitors leading 1-0 at Hoffenheim, Kiessling jumped highest from a corner and sent a header goalwards. On first viewing it looked a routine goal, beating the goalkeeper at the near post. However, replays showed that the ball hit the side-netting, with Kiessling holding his head in disappointment, but the ball went through a hole in the net and ended up in the goal. Kiessling tried telling the referee that it did not go in but the goal stood and Leverkusen went on to win 2-1.

Tottenham rarely win at Old Trafford, so they could have done with a bit of fortune in 2004, but they were found wanting. With the game drifting to a 0-0 draw, Spurs midfielder Pedro Mendes spotted United goalkeeper Roy Carroll off his line and tried an audacious shot from near the halfway line. A back-pedalling Carroll was in position to catch the ball but inexplicably let it slip through his hands and it landed a couple of yards over the line. The match officials were nowhere near level and were fooled by Carroll’s poker-face reaction, having scooped the ball away.