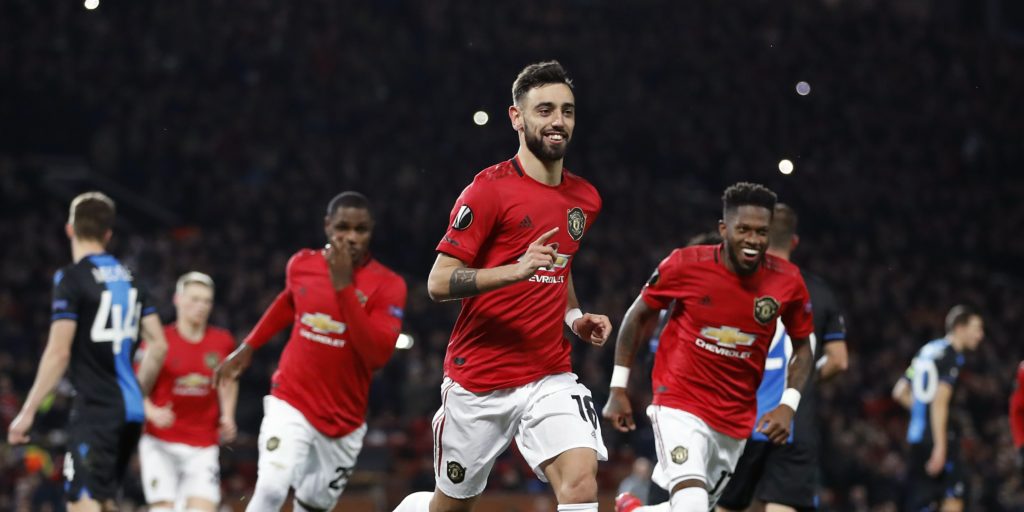 The Portugal midfielder has made a big impact since his arrival at Old Trafford in January.

Manchester United midfielder Bruno Fernandes has described himself as a “warrior” and says he views every match as a battle.

The Portugal international made a huge impact for Ole Gunnar Solskjaer’s side after signing in January and was voted the Premier League player of the month for February.

Fernandes helped United to an 11-game unbeaten run in all competitions before the season was suspended due to the coronavirus pandemic.

And the 25-year-old believes his fighting spirit and will to win is key to his game.

In a Q&A with the United website, Fernandes was asked to describe himself as a player and replied: “Warrior, because for me every game is a battle. You need to go out to the game and just understand you need to beat your opponent.

“With all of the respect, because you need to have respect for your opponent, but you need to beat them. If you don’t beat them, they will beat you. It doesn’t matter who is on the other team.

“If it is a friend, because I have friends playing in the Premier League, I don’t care. At that moment I will be the biggest enemy they can have.”

Fernandes has been deployed mainly in an attacking midfield role by Solskjaer after often playing in a slightly deeper position for previous club Sporting Lisbon.

He says he takes inspiration from former Barcelona and Spain great Andres Iniesta.

Fernandes added: “The one I liked to watch and follow was Iniesta, because Iniesta is a mix between an eight and a 10.

“It is a way I can do better, between eight and 10. It is the guy who always likes to have the ball, take the risks, and I think Iniesta was one of the best in the world.

“For me, it was impressive how Iniesta finished his career without the Ballon d’Or [award]. With everything he won, it is difficult for me to understand!”