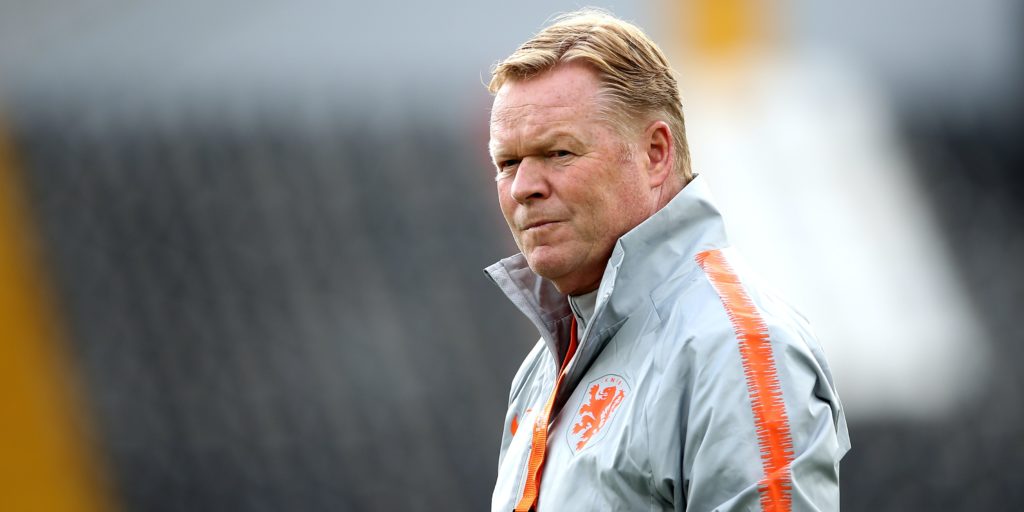 The former Barcelona player is expected to return home on Monday.

Holland manager Ronald Koeman has undergone a heart procedure in Amsterdam after experiencing chest pain and is due to return home on Monday.

The 57-year-old, who managed Southampton and Everton in the Premier League before taking over his country almost two years ago, was taken to hospital on Sunday evening where he underwent cardiac catheterisation.

That involves the placement of a long, thin tube into a vein or artery and is typically performed without general anaesthetic.

A statement from the Dutch football association, the KNVB, read: “Ronald Koeman was hospitalised on Sunday evening after chest complaints. The 57-year-old national team coach of the Dutch national team has undergone a successful cardiac catheterisation and will return home tomorrow.

“We wish Ronald a lot of strength and improvement.”

A tweet from the governing body’s account added: “That is a shock. Fortunately things are going better again.”

Everton posted a message of support for the former Barcelona defender, tweeting: “Everyone at #EFC would like to wish former boss @RonaldKoeman a speedy recovery.”

France midfielder Morgan Schneiderlin, who played under Koeman for both the Toffees and the Saints was also quick to react.

“Prayers are with you! Stay strong @RonaldKoeman,” he wrote.