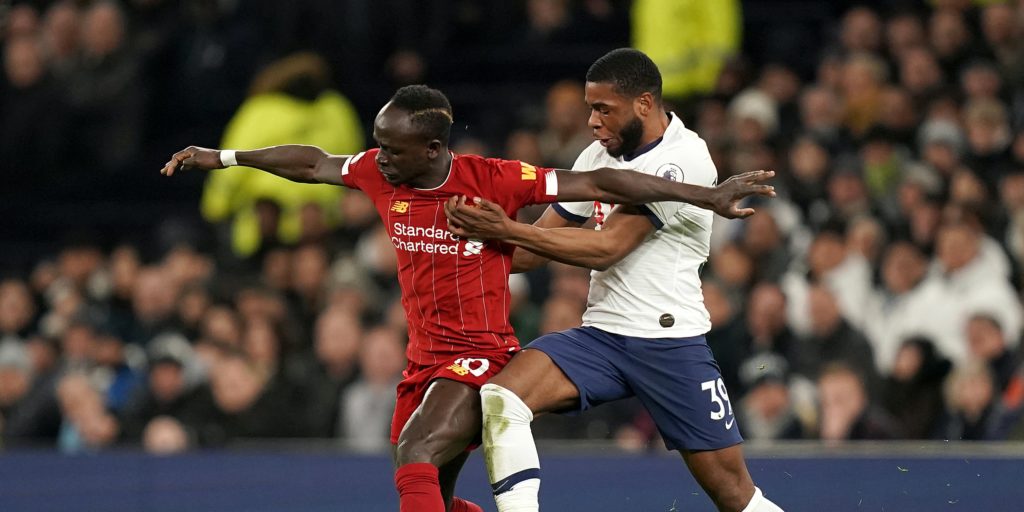 The defender has represented England at every age group up to the Under-20s.

Tottenham defender Japhet Tanganga hopes his impressive rise can continue when football finally resumes and has set his sights on an England call-up.

The 21-year-old burst on to the scene in January after being surprisingly handed his Premier League debut against Liverpool and he went on to make a further nine appearances before the season was curtailed by the coronavirus pandemic.

Those sort of minutes for a young English player is usually enough to get Three Lions boss Gareth Southgate’s attention, with Chelsea’s Fikayo Tomori a good comparison having got his chance after less than half a season in Frank Lampard’s first team.

The defender, who has played all across the back four in his fleeting career, will already be known to Southgate, having represented England at every age group up to the Under-20s.

The 12-month postponement of Euro 2020 could well work out well for Tangana, who is vocal about his desire for a full cap .

“In life you have to have goals and one of my goals is to be capped at senior level for England,” he said. “For me, all I can do is what I can on the pitch and leave it with the England manager to select me.

“All I’m doing at the moment is following the guidelines and waiting for the government to decide when we can go back to football or not. Right now, that’s all I’m focusing on.

“Like I said, in life you have to have ambitions and one of my goals is to get capped at senior level for England.

“Fikayo has done that and now I’m in a similar position. I see it as an opportunity and an example to follow and hopefully one day I can get capped and achieve one of my goals.”

If he does get the call, he will owe a lot to Tottenham boss Jose Mourinho.

Mourinho, who has a reputation for ignoring young players, publicly singled Tanganga out for praise in his first training session at the club and then was brave enough to throw him in for a Premier League debut against the champions-elect.

The Portuguese was working hard with him in training as well, before they were restricted to fitness sessions via video call when the pandemic struck in March.

“He has taught me a lot,” Tanganga admitted. “In training he’s given me a lot of information, a lot of details, a lot of ways to improve.

“How to defend one v one, how to defend set-pieces or work in wide areas and at corners. He’s given me a lot of information and I feel playing right-back and left-back has added to my game and allowed me to be adaptable and defend in all areas of the pitch, not just at centre-half.

“So yeah he’s helped me a lot, given a lot of information, he’s really been very helpful.”

Tanganga has been one of the Spurs players who have stuck to government rules during the lockdown and has stayed at home with his family playing card games.

“I’m back at home with my family – my mum, dad, older brother and two younger sisters – and to be fair it’s been good,” he said.

“It’s not an ideal situation being indoors and we’ve got to follow the guidelines. But for me it’s been alright.

“It’s allowed me to spend time with my family, get close with them, play some games together, talk about things we’ve missed out on because of work or school.

“It’s allowed us to settle down, brought us closer together. We like to play Blackjack – not gambling, just trying to get rid of the deck. And Uno.

“With my friends, I play Monopoly online on PS4 – I’ve become really addicted. Also FIFA, 2K NBA, things like that. With the boys at Spurs, we play FIFA, 2K NBA – I’m a big fan of basketball so we play that a lot.”

The time away has also allowed Tanganga to reflect on his whirlwind few months, going from academy prospect to first-team regular.

“It was crazy. It just goes to show that anything can happen,” he said.

“This time last year could I see myself in this position? I don’t think so. It just goes to show how quickly things can change in football.

“Yeah, there have been moments where I wake up in the morning and remember the morning of the Liverpool game – it was disappointing to lose – but that feeling of making my debut.

“And remembering the congratulations messages from everyone. So this time has allowed me to sit back and reminisce on that breakthrough season. I just want to continue it.”