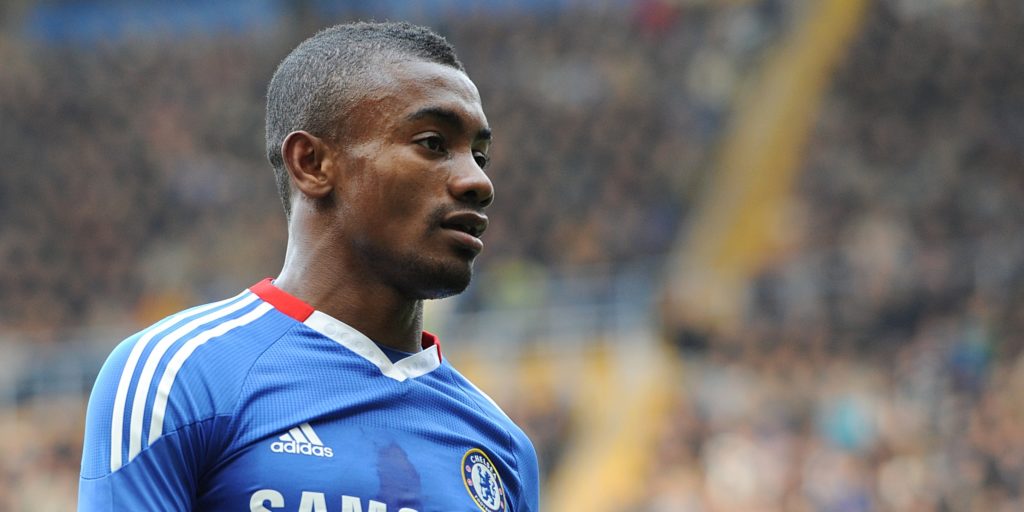 The former Chelsea forward was seen shaking hands with team-mates and appearing to make light of the coronavirus pandemic live on social media.

Former Chelsea forward Salomon Kalou has been suspended by Hertha Berlin after shaking hands with team-mates and appearing to make light of the coronavirus pandemic live on social media.

Kalou flouted social distancing guidelines after clubs in Germany’s top two divisions reported for Covid-19 tests as the Bundesliga attempts to get back up and running.

The Ivory Coast international also filmed himself interrupting a team-mate’s test while screening it live on Facebook in an act that was branded “absolutely unacceptable” by the German league.

A Hertha statement read: “Salomon Kalou was tempted by his negative test results to greet the other players in the dressing room, sometimes with a handshake, contrary to the clear announcements made by health authorities.

“With his ‘Corona Song’, Kalou gave the impression that he is not aware of the extent of the ongoing pandemic.

“With this video taken inside the team’s dressing room, Kalou broke clear internal rules and displayed a behaviour, which is neither appropriate for this current situation, nor reflective of the code of conduct of Hertha BSC.

“The club has therefore made the decision to suspend the player in question from training and matches with immediate effect.”

General manager Michael Preetz added: “With his video, Salomon Kalou has not only done a great deal of damage to Hertha BSC, but also created the impression that individual players are not taking the issue of coronavirus seriously, in a time of great discussion on the resumption of football and the role of the professional game.”

In a statement on the club’s official website, Kalou apologised for his actions.

The 34-year-old, who spent six seasons at Stamford Bridge, said: “I’m sorry if I gave the impression that I’m not taking coronavirus seriously. I want to apologise for this.

“The reality is the exact opposite, because I’m really worried about the people of Africa, because health systems aren’t as good there as they are in Germany.

“I didn’t really think it through, and was excited that my tests came back negative.

“I would also like to apologise to all those who appeared in the video who didn’t know that I was broadcasting live and whom I didn’t want to bring into this situation.”

A statement from the DFL, the German league body, added: “The pictures of Salomon Kalou from the Hertha BSC dressing room are absolutely unacceptable.

“There can be no tolerance for this – also with regard to players and clubs that adhere to the guidelines because they have grasped the seriousness of the situation.”

Ten individuals connected to clubs in the top two divisions were found to be Covid-19 positive during the first round of testing.

A decision on whether the DFL’s plans to resume group training meet with government approval is expected on Wednesday, with the Bundesliga now not likely to resume until May 16 at the earliest.