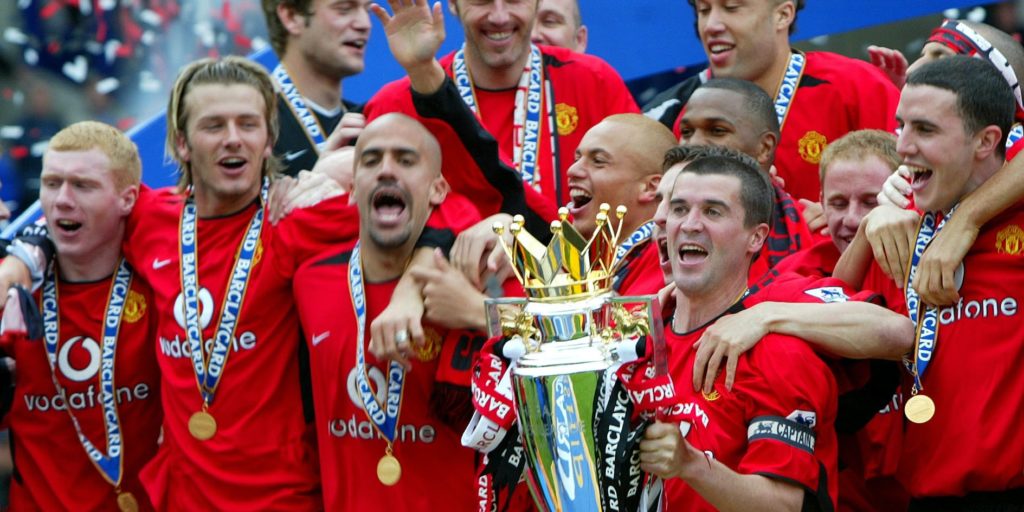 Even now, 15-and-a-half years after leaving, Roy Keane sets the tone for what a Manchester United captain should be and sound like.

The fact he is not connected to Old Trafford in any official capacity has not stopped him demanding the highest of standards from everyone at the club through his role as a TV contributor that shoots from the hip.

Keane arrived from Nottingham Forest for a then British transfer record of GBP 3.75million in 1993 and eventually took the place in the heart of midfield of United great Bryan Robson, going on to score 51 goals in 480 appearances.

The Cork-born, granite-made midfielder helped United to the Premier League and FA Cup double in his first season at a club that he helped drive to a period of dominance.

Sir Alex Ferguson’s men lifted two more league crowns before he took over the United captaincy from Eric Cantona at the start of 1997-98 – a campaign halted by a cruciate knee ligament injury sustained in the September.

But Keane rallied remarkably and played a key role in the 1999 treble-winning season, with his outstanding display in the Champions League semi-final win against Juventus going down in club folklore.

Missing the final through suspension was a gut punch that he rallied from as well as you might expect, being named player of the year by both the PFA and FWA as United won the league again the following year.

Two more Premier League triumphs followed before an acrimonious exit to Celtic in 2005 – the beginning of the end of an outstanding playing career that was followed by less impressive coaching career.

Still, you cannot argue against his leadership qualities – nor would you dare.