Home News On this day in 2016: Title joy for Leicester

On this day in 2016: Title joy for Leicester 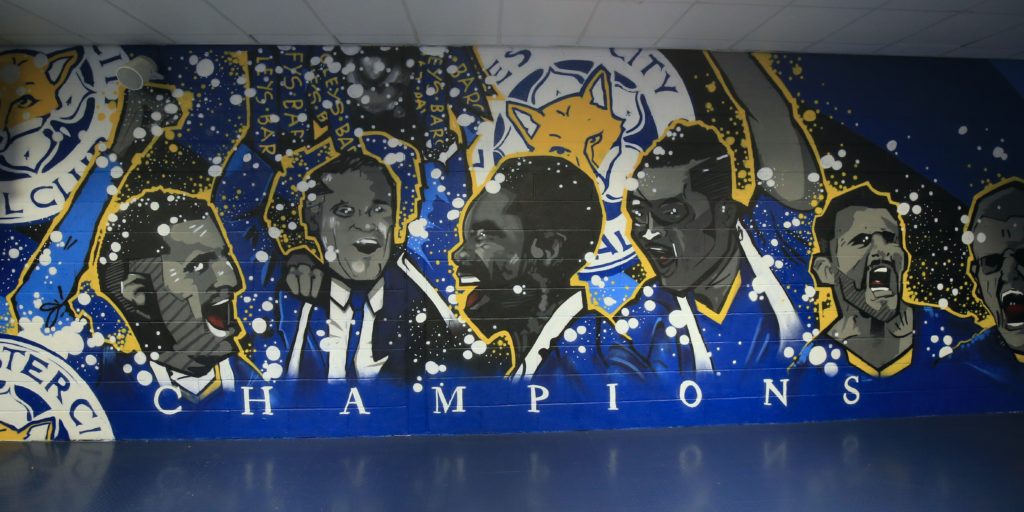 The Foxes were Premier League kings under Claudio Ranieri.

Leicester were presented with the Premier League trophy on May 7, 2016, after beating Everton 3-1 at the King Power Stadium.

Here the PA news agency looks at five key wins en route to the title for Claudio Ranieri and his all-conquering Foxes.

A defining moment in both clubs’ seasons which sent them in different
directions. Goals from Jack Grealish and Carles Gil had put Villa 2-0 up but Ritchie De Laet started the comeback with 19 minutes left, then Jamie Vardy levelled with the second goal in his record-breaking 11 game scoring run. Nathan Dyer’s last-minute header won it for the Foxes.

The second of three games between the sides in 10 days saw Leicester win the crucial Premier League match as Spurs took the FA Cup honours. Robert Huth’s 83rd-minute header decided it and ended a streak of three goalless games for the Foxes. It moved them seven points clear of Tottenham, who sat fourth, with Ranieri’s side then joint top with Arsenal.

In the middle of a three-game spell against Liverpool, City and Arsenal the
Foxes stunned their hosts at the Etihad. Huth’s early goal put City on the back foot before Riyad Mahrez left Martin Demichelis in another postcode to drive in an early second-half goal. Huth’s second rendered Sergio Aguero’s late consolation meaningless.

All eyes were on how the Foxes could cope without the suspended Vardy after he was banned following a red card in their previous 2-2 draw with West Ham. Ranieri’s side emphatically answered any critics as they brushed aside the Swans, with Vardy’s replacement Leonardo Ulloa scoring twice. Mahrez and Marc Albrighton started and finished the rout and 24 hours later Tottenham drew 1-1 with West Brom to leave Leicester three points from the title.

After Tottenham failed to beat West Brom, Leicester were presented with their first chance to clinch the title if they could win at Old Trafford. Again without Vardy, given an additional one-game suspension following his dismissal against the Hammers, they were behind early on after Anthony Martial scored for United but captain Wes Morgan levelled and when Spurs failed to win at Chelsea the following day, Leicester were crowned champions.