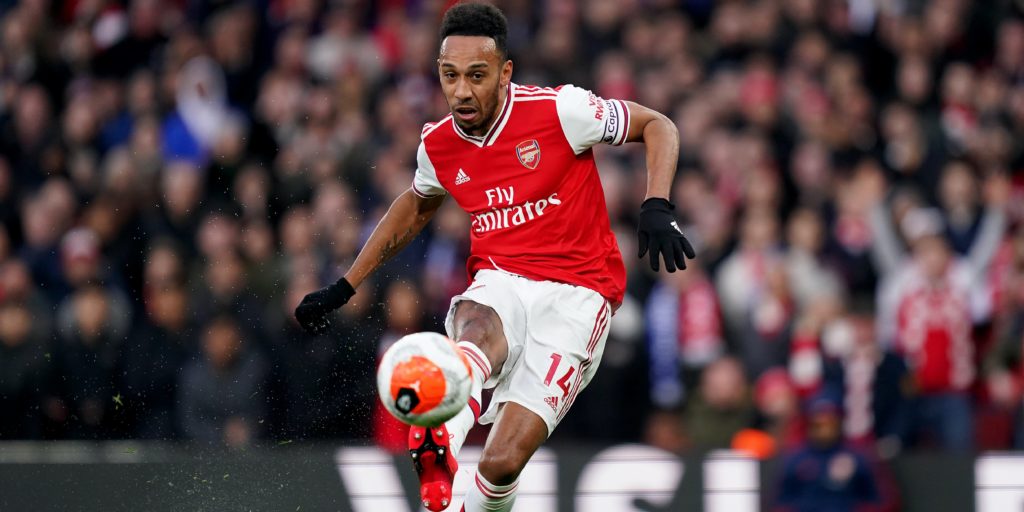 The Gabonese striker has scored 49 goals in 75 appearances for the Gunners.

Thierry Henry hopes Pierre-Emerick Aubameyang stays at Arsenal and fears for the Gunners if they lose his firepower.

Aubameyang has just over a year remaining on his Arsenal contract and the future of the 30-year-old Gabon striker is unclear.

But Henry, who left Arsenal for Barcelona in 2007 after a long and successful first spell with the Gunners, has no advice for Aubameyang.

“Everyone will do whatever they have to do,” Henry told Sky Sports. “How am I going to say to someone to stay when I left?

“As an Arsenal fan you want them to stay but, as a football player, he will assess the situation with his family, with his dad, and see what’s best for them.

“If you’re an Arsenal man you don’t want him to leave but also the guy has a career and I don’t know what’s in his head.”

Aubameyang has scored 49 goals in 75 appearances for Arsenal and Henry, now head coach at Montreal Impact, added: “We are definitely going to miss his goals if he does leave. If you take the goals of Aubameyang away it’s a tough one.”