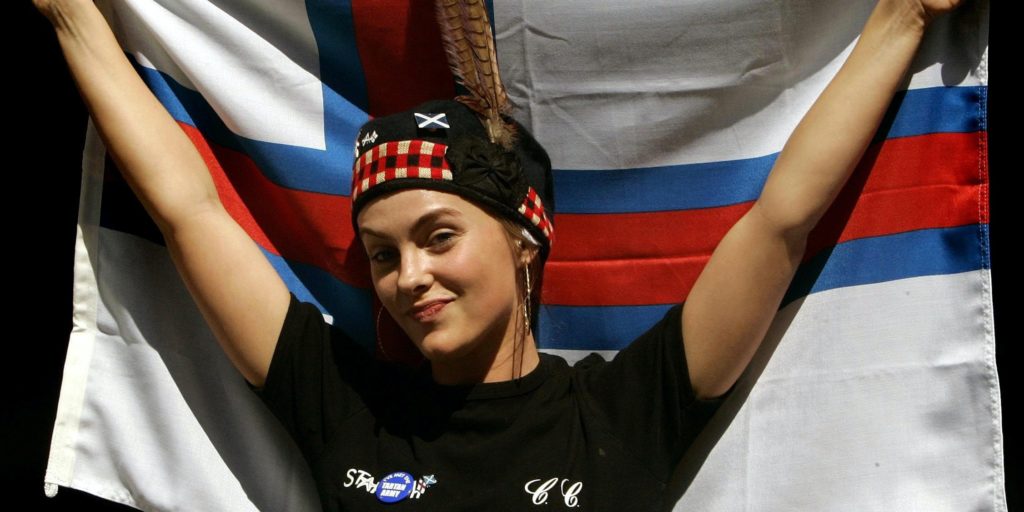 The big game on the opening day saw visitors B36 beat defending champions KI 2-0 in Klaksvik.

Not since bobble-hatted goalkeeper Jens-Martin Knudsen inspired a famous victory in his country’s first competitive international in 1990 has Faroese football revelled in such a spotlight.

While other European leagues wrestle with the implications of coronavirus, the tiny Atlantic archipelago – which is currently reporting no known cases – kicked off its new Betri League season on Saturday.

And the clamour to show live action has led the Norwegian broadcaster TV2 and Danish newspaper Ekstra Bladet to sign deals to show the first 12 rounds of the Faroese season live.

TV2’s sports editor Vegard Jansen Hagen told Norwegian media: “A little less talk and a little more action – that’s the job I hope that the Faroe Islands will do for us.”

The big game on the opening day saw visitors B36 beat defending champions KI 2-0 in Klaksvik, thanks to two goals in the last 10 minutes from Sebastian Pingel and Meinhard Olsen.

The match took place behind closed doors, with the first two rounds of the season scheduled to be without fans before that decision will be reviewed.

Faroese football fan Karper Neesgaard, who runs the @FaeroskFodbold Twitter feed, told the PA news agency there had been “huge hype” about the start of the season. He admitted: “It has been far more than we usually get.”

The Faroe Islands has been hailed for its response to the coronavirus. It tested 10 per cent of its population – one of the highest testing rates in the world – and has recorded a total of 184 cases and no deaths.

The Belarusian Premier League was the only other European top-flight to stage matches on Saturday. In contrast to the Faroes, Belarus has continued to resist lockdown restrictions, despite an escalating number of cases and deaths.

Germany has announced that the Bundesliga will return behind closed doors next weekend, while other major leagues wrestle with how to resume action whilst minimising the risk to players and officials.

The Faroe Islands became members of UEFA in 1990 and Knudsen – who wore the unique headgear to protect against a childhood injury – starred in a famous 1-0 win over Austria in a Euro 92 qualifying match.