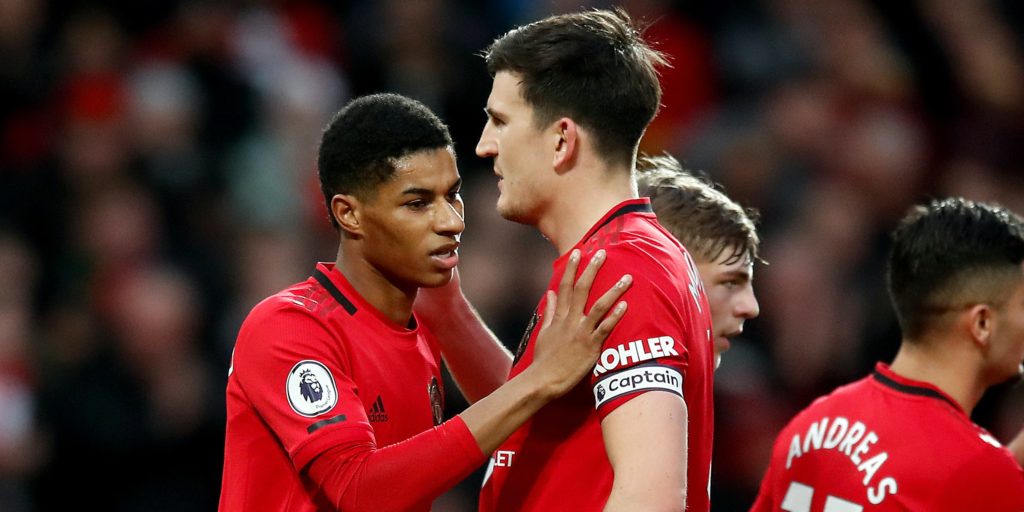 The forward, still only 22, was enjoying a fine season for Ole Gunnar Solskjaer’s men.

Manchester United and England defender Harry Maguire says Marcus Rashford is the most talented player he has ever played with.

The forward, still only 22, was enjoying a fine season for Ole Gunnar Solskjaer’s men until a back issue struck him down in January.

The Premier League’s coronavirus suspension has given Rashford the chance to recover ahead of a potential June restart – a big boost for United, whose captain Maguire rates his England team-mate as the best he has lined up with.

Asked if the forward could be skipper for the club one day, the world’s most expensive defender said: “Yeah, definitely. I think as a club, you should have a captain and rely on him but you need to spread the onus of the leadership in the group.

“Marcus is there and he battles through every game, obviously he’s missing through a bad injury at the moment but he’s battling hard to get back and he’s very rarely missing games.

“He’s always wanting to make himself available. I think you can see around the place and on and off the field as well, he’s excellent with his charity work, which is great to see.

“On the pitch, like I said, he’s amazed me. He’s the most talented player I’ve ever played with and I’m sure he’s going to be a wonderful player for this club.”

Rashford netted 19 goals in all competitions before his injury in January and became the fourth youngest player to reach 200 matches for the club, behind Norman Whiteside, George Best and Ryan Giggs.

“I’ve always spoke so highly of Marcus when I was with him at England,” Maguire told the Official Manchester United Podcast.

“I can’t speak highly enough of him. I think he’s going to go on to have an exceptional career.

“I think he’s going to go on to – I don’t want to put too much pressure on him – be a wonderful player for Manchester United, as he is now.”