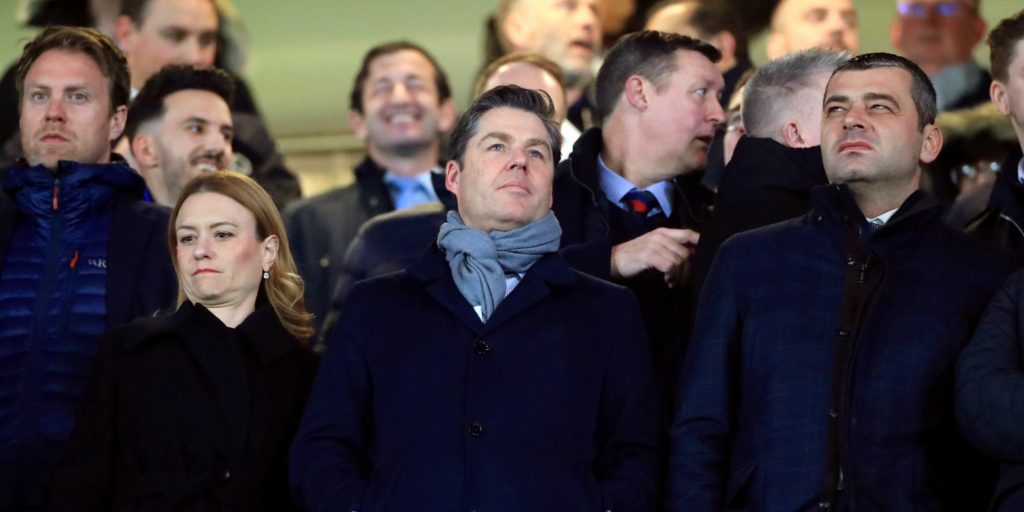 Richard Masters reveals the issue has not been discussed.

No Premier League club has raised the idea of scrapping relegation if the season is played out, its chief executive Richard Masters has said.

There have been reports that clubs were looking for the threat of relegation to be removed, partly because of the increased likelihood that the season would have to be completed at neutral venues and the effect that would have on the integrity of the competition.

Neutral venues are still the subject of “ongoing dialogue”, Masters said, and he revealed some clubs feel their local police force would be able to do a better job of limiting the risk of home supporters gathering because of the existing relationship between them.

But scrapping relegation – which EFL chairman Rick Parry warned last week would mean “lawyers are going to get wealthy”, was not raised at Monday’s clubs meeting, or at any other, according to Masters.

Asked how many clubs had asked for the season to be curtailed, and relegation scrapped, he said: “None, and none.

“All I can go on is what we’re discussing in our meetings. And you specifically asked about scrapping relegation while playing out the season, and that has never been raised in our formal meetings at all.”

Masters said the issue of curtailment was raised for the first time, but it is understood no discussions took place over any methods that could be applied – such as points per game and so on.

Neutral venues continues to be a subject of debate among the clubs, although Masters was keen to point out that none of the club meetings he has been involved in over the last 18 months could be described as “fractious”.

It has been reported that clubs have asked the league to go back to Government and ask them to consider the season being played out on a home-and-away basis, and while Masters did not confirm that, he did say that the issue was still under discussion.

“It’s not a matter of convincing (the authorities to allow all Premier League stadia to be used), because we need to listen to each other,” he said.

“I think some of our clubs would argue that in relation to policing their own fans that they have a good relationship with them, and that they encourage their own fans not to turn up outside their home venues while they’re playing behind closed doors, and they’re in a better position to control that, but it’s not a matter of convincing, this has to be a decision that’s come to mutually.”

Asked whether it was strictly the bottom six who were opposed to the concept, he said: “It’s fair to say that it is not an issue which is unique to any part of the league.”

It is understood clubs were told at a shareholders’ meeting on May 1 that the only way to complete the season in a way which satisfied both the Government and the police was to play at eight to 10 ‘approved’ neutral venues.

This has met with opposition from a number of clubs, including Brighton, Aston Villa and Watford.

Deputy Chief Constable of South Yorkshire Police, Mark Roberts, who is the national football policing lead, said last week that clubs arguing over the fairest way to finish the season needed to “get a grip” in a situation where thousands of people have died from the virus, and thousands more severely affected.

Masters said the hope was for the league to resume “in the middle of June” but that work was still required to finalise the return-to-training protocols, not least the buy-in of players and managers.

“We have protocols created and reviewed, we have a testing company appointed, but the important consultation with players and managers is the next step, nothing has been agreed and nothing will be agreed until we have spoken to both the managers and the players,” he said.

Masters also said a league position had been reached on the issue of player contracts.

Standard deals expire on June 30, but the competition will now run on past this date.

“What was agreed today is that players can extend their contracts beyond June 30 until the end of the season but it must be agreed by both parties and a later date can be scheduled for that; no later than June 23,” Masters said.