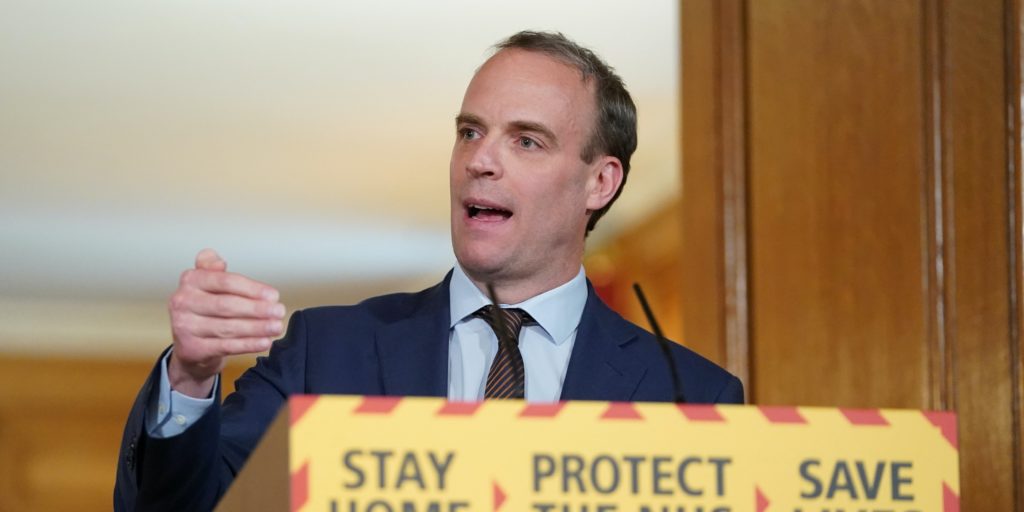 The Government has opened the possibility of top-level sport in England returning from June 1.

Almost three-quarters of people would not see the return of football as a boost to their morale during the pandemic, according to a YouGov poll.

The Government’s Covid-19 recovery strategy document allows for the conditional return of top level sports behind closed doors in England from June 1, subject to sufficient progress being made in terms of the infection rate in the country dropping.

Premier League chief executive Richard Masters is hoping that his competition could be in a position to resume in the middle of June, although even the initial return-to-training protocols are yet to be approved by players and managers.

Foreign Secretary Dominic Raab said last week that the return of sports would “lift the spirits of the nation”.

Players have expressed their concerns over a return to action, with Tottenham and England full-back Danny Rose particularly forthright about it.

Rose, speaking on Lock’Don Live, said: “Government is saying ‘bring football back’ because it is going to boost the nation’s morale.

“I don’t give a f*** about the nation’s morale, bro, people’s lives are at risk. Football shouldn’t even be spoke about coming back until the numbers (infected or dying) have dropped massively. It’s b******s. We’ll see.”

England team-mate Raheem Sterling also has misgivings over the timing of the return.

“The moment we do go back it just needs to be a moment where it’s not just for footballing reasons, it’s safe for not just us footballers but the whole medical staff, referees,” he said.

“I feel like once that side, of the people’s safety and the player’s safety, is secured and their well-being is looked after, then that’s the right time to go back in.

“Until then, I’m…how can I say…not scared, but reserved and thinking what the worst outcome could be. I’ve had friends whose grandma has passed away, I’ve had family members as well that have passed away. You’ve got to be wise and take care of yourself and those around you.”