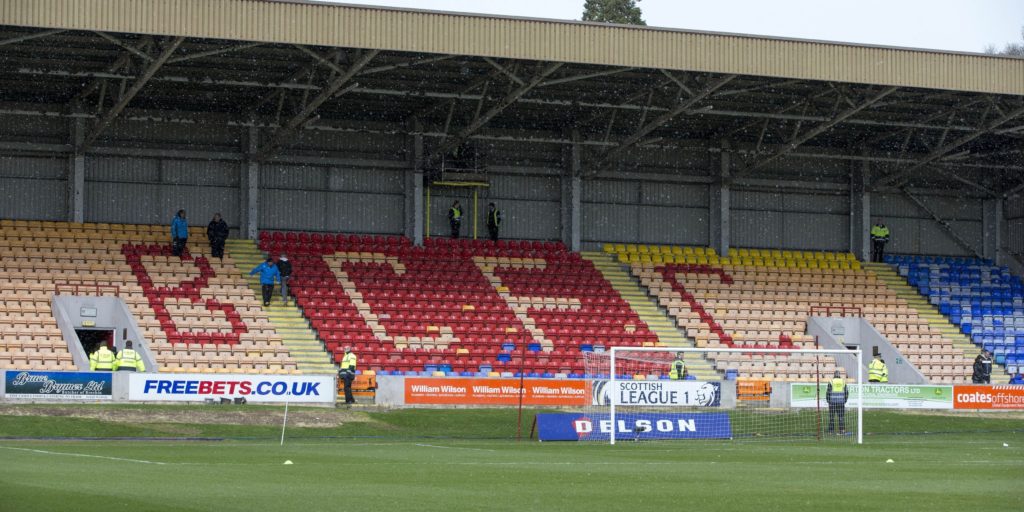 Brechin the latest club to issue a statement.

Scottish Professional Football League clubs will vote on calls for an independent investigation amid a backdrop of claim and counter-claim.

Brechin were the latest club to defend themselves little over 12 hours before a general meeting was due to begin.

Dunfermline chairman Ross McArthur had earlier given his side of the story after being accused of making “threats” in the build-up to last month’s SPFL vote, which ended the lower-league season and handed the board the authority to do the same for the Premiership.

Rangers demanded an independent probe – and the suspension of SPFL chief executive Neil Doncaster and legal advisor Rod McKenzie – inside 24 hours of the suggested April 10 deadline for the resolution, which was backed by 81 per cent of clubs.

Hearts and Stranraer, who both face relegation, gave Rangers the backing they needed to force Tuesday’s general meeting and the Ibrox club sent a dossier to clubs outlining their case last Thursday, which sparked a response from chairman Murdoch MacLennan and Doncaster, who deny any wrongdoing.

The Rangers document reported allegations that Brechin chairman and SPFL board member Ken Ferguson had called League Two clubs and wrongly told them Inverness had changed their mind and were going to back the resolution.
But the League Two bottom club rebuffed those accusations.

A club statement read: “This is categorically refuted. Unfortunately, this is feeding the current media frenzy and, by association, Brechin City FC and our chairman are being subjected to unnecessary scrutiny and wholly unwarranted abuse.

“In addition to anecdotal evidence from all of the other League 2 clubs, we have in our possession verification from each club that no such call was made.

“Furthermore, each League 2 club is content to provide corroboration to this effect and has stressed that they are entirely relaxed (and in reality appreciative) of the integrity Ken displayed in his role as an SPFL director in the lead up to the vote.”

Dunfermline chairman McArthur had earlier rejected claims from Inverness that he had issued a “threat” regarding sharing prize money equally, rather he was pointing out a “potential consequence” of an alternative proposal which would have effectively rendered the season null and void.

Aberdeen and Partick Thistle reiterated their support for the Rangers resolution on Monday.

Dons chairman Dave Cormack claimed some form of impartial assessment was needed to resolve a “distressing lack of confidence and trust between the SPFL leadership and many of the clubs”.

Thistle chief executive Gerry Britton said: “Unless something is done urgently to deal with the obvious breakdown in trust between parties, football in this country may never fully recover.”

Rangers need the backing of 31 of their 41 fellow clubs and a 75 per cent share in each of the Premiership, Championship and bottom two divisions.