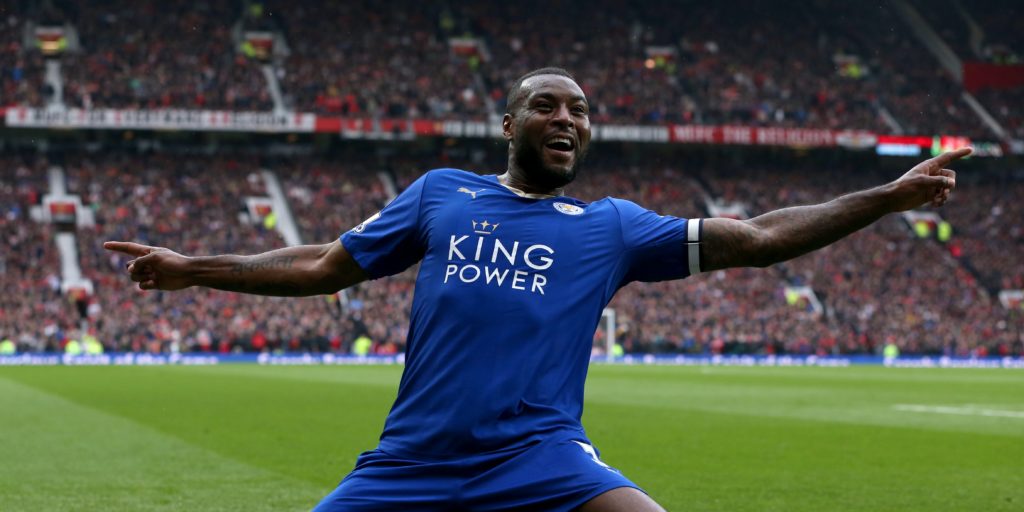 Leicester were 5,000-1 outsiders when they won the Premier League.

As Wes Morgan lifted the Premier League trophy, the impossible dream was realised.

Leicester’s captain helped pull off one of sport’s greatest shocks as the Foxes stunned the world in 2016.

Morgan himself was 32 and some would have been forgiven for thinking his age and lack of pace would have been exploited by opponents but the Jamaica international was a rock as the Foxes conceded just 36 times, the second best defence in the division.

His crucial winner in the 1-0 victory over Southampton in April kept the Foxes on track while his header in a 1-1 draw at Manchester United a few weeks later put them on the brink of the title – which they took by 10 points ahead of Arsenal.

Morgan had already helped Leicester, under Nigel Pearson, to one of the Premier League’s best survival stories as the Foxes won seven of their last nine games to stay up in 2015.

That came after he led the to the Championship title in 2014, having arrived from East Midlands rivals Nottingham Forest in 2012.

Four years after the 5,000-1 top-flight triumph Morgan remains at the King Power Stadium having helped the Foxes to the Champions League quarter-finals in 2017.

Many of the title-winning squad have left and while Morgan is no longer a regular starter under Brendan Rodgers he is a vital part of the dressing room and will forever be revered by the club and fans.