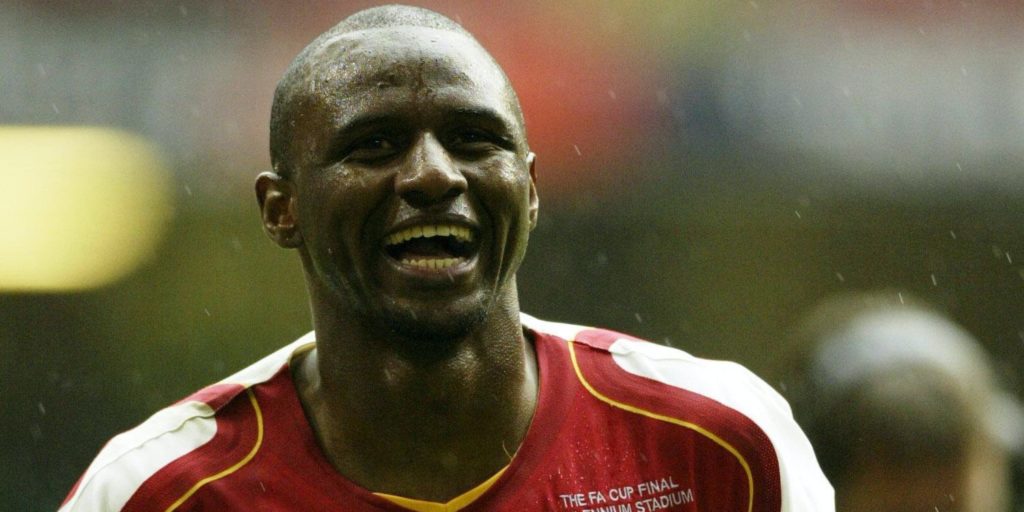 Patrick Vieira, an Invincible, is one of the Premier League’s all-time greats.

The midfielder was a colossus, winning three Premier League titles and three FA Cups in his nine seasons with the Gunners, including their unbeaten season in 2003-04.

Bought as a relative unknown by Arsene Wenger from AC Milan in 1996 Vieira formed the heart of a dominant Arsenal team.

His form cemented him in France’s team and he won the 1998 World Cup, setting up Emmanuel Petit for the third goal in their 3-0 final win over Brazil. Two years later he was a key part of the squad which won Euro 2000.

Vieira was named in the PFA team of the year for six successive seasons between 1999 and 2004 before joining Juventus in 2005. His last kick for the Gunners was to score the winning penalty in their FA Cup final shoot-out victory over Manchester United.

He lasted a year at Juve, after they were relegated for their part in the match-fixing scandal, and moved to Inter Milan where he helped them win four Serie A titles. An FA Cup success with Manchester City in 2011 capped off his stellar playing career.

Vieira stayed with City to start his pathway to management and was appointed as the club’s reserve team and elite development squad manager in 2013.

In 2015 he joined New York City – part of the City Football Group – and took them to the play-offs for the first time in 2016, before moving to Nice in 2018 – guiding them to seventh in Ligue 1 last year.