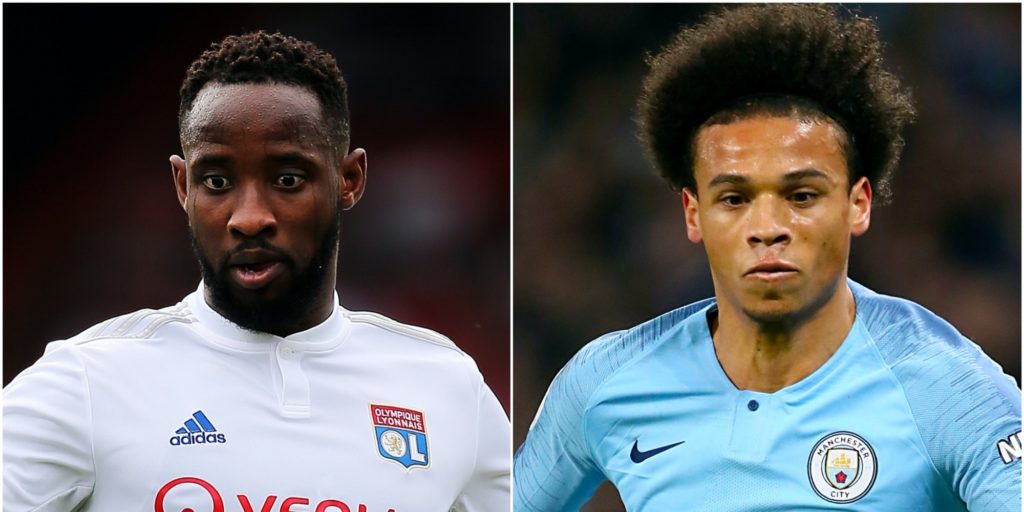 There are reports that Moussa Dembele could be moving from Lyon to Manchester United.

Reports have emerged that in-demand France and Lyon striker Moussa Dembele is on the verge of moving to Manchester United. The Daily Express, citing TodoFichajes, says the Red Devils have agreed terms with the 23-year-old, who was also on Chelsea’s radar, on a GBP 61.8million deal.

Manchester City winger Leroy Sane could be on his way to Borussia Dortmund. According to The Daily Telegraph, the German side are preparing a GBP 50million-plus bid for the 24-year-old, whose contract runs out at the end of next season.

The Daily Mirror reports that Barcelona have expressed interest in Tottenham defender Juan Foyth. The 22-year-old Argentine only made eight appearances before the season was suspended, however the Spanish giants are eager to find a cheap replacement for centre backs Samuel Umtiti or Jean-Clair Todibo should they be released in the summer.

Manchester United are believed to have high hopes for 16-year-old Jude Bellingham if they manage to sign him from Birmingham. The Evening Standard reports the Red Devils view the teenager as an immediate first-team contender. However, with a host of other clubs also interested in the talented midfielder, Bellingham’s signature is far from a done deal.

Tiemoue Bakayoko: Chelsea would be willing to sell the 25-year-old for GBP 31million, however that could be too high a price for Paris St Germain, according to Le10 Sport.