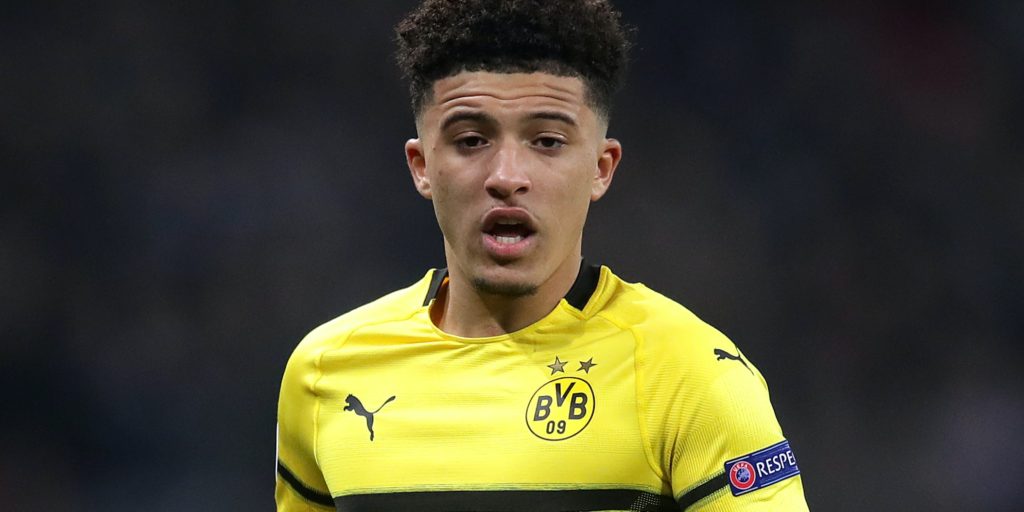 The Revierderby between title-chasing Dortmund and out-of-sorts Schalke is the pick of the matchday 26 fixtures.

All eyes will be on the Bundesliga this weekend as it becomes the first major league to return to action, with Jadon Sancho-inspired Borussia Dortmund’s clash with rivals Schalke providing a mouth-watering restart.

After 66 days suspended due to the coronavirus pandemic, the top flight will return alongside 2. Bundesliga from Saturday in front of empty stands and millions of extra viewers glued to televisions across the world.

For those starved of their football fix, the Bundesliga will be a welcome distraction at a time of unease after the German Football League (DFL) managed to end a suspension that continues elsewhere across Europe.

Rigorous hygiene protocols and regular testing have provided the platform for a return to action behind closed doors, with the derby encounter between title-chasing Dortmund and out-of-sorts Schalke the pick of the matchday 26 fixtures.

A heavily-restricted group of around 300 essential staff will be in attendance at BVB’s mammoth home as the weekend fixtures gets under way, bringing plenty of peculiarities on top of the pressure in the 96th Revierderby.

“It’s a strange situation, it’s different,” Dortmund sporting director Michael Zorc said. “And especially now, to play a derby without fans: there’s no point in denying that our hearts are bleeding.

“I don’t even know if it ever happened in the history of the derby that we played against Schalke without fans. But it is how it is.

“That is the best case in the moment. What we do need, now that our fans won’t be there, is more self-motivation and self-dynamics in order to be successful on Saturday.”

England international Sancho is set to start for a Dortmund side spearheaded by Erling Braut Haaland on Saturday, when they can cut perennial champions Bayern Munich’s lead at the top of the Bundesliga to a point, temporarily at least.

Schalke boast Wales flyer Rabbi Matondo and England Under-21s international Jonjoe Kenny, impressing on loan from Everton, and are looking to end a seven-match winless run that they took into the suspension.

Head coach David Wagner, the former Huddersfield manager, said: “This isn’t just any old game – it’s the derby! It’s Schalke against Dortmund and still the biggest game of the season for us.

“Even though the fans can’t be with us in the stadium, I know they will be right behind us still. It’s still a derby, with or without fans. We still want to win it at all costs.”

But the excitement and anticipation about football’s return in Germany has naturally taken a strain on those involved.

“It’s an extremely tough time for all of us – both professionally and privately,” Wagner said. “The lads have made the best out of the situation, though.”

All teams head into the weekend without much preparation time, with the DFL confirming ahead of the resumption that five substitutes will be allowed per team in each game to help alleviate the strain on players.

That will be just one of the quirks that will punctuate matchday 26, which starts with five afternoon kick-offs on Saturday.

As well as the Revierderby, high-flying RB Leipzig will look to keep up the pace when they take on Freiburg while new Hertha Berlin coach Bruno Labbbadia will be hoping to get off to a positive start at Hoffenheim.

The matchday ends on Monday evening when Bayer Leverkusen head to Werder Bremen – a club hit by a coronavirus-related absence to an unnamed player.

Werder said in a statement on Twitter: “Due to the positive test of somebody in his personal circle, one #Werder player has been placed under a two-week quarantine. The player in question tested negative for #coronavirus”.