Home News On This Day in 2013: Chelsea win Europa League in dramatic finale

On This Day in 2013: Chelsea win Europa League in dramatic finale 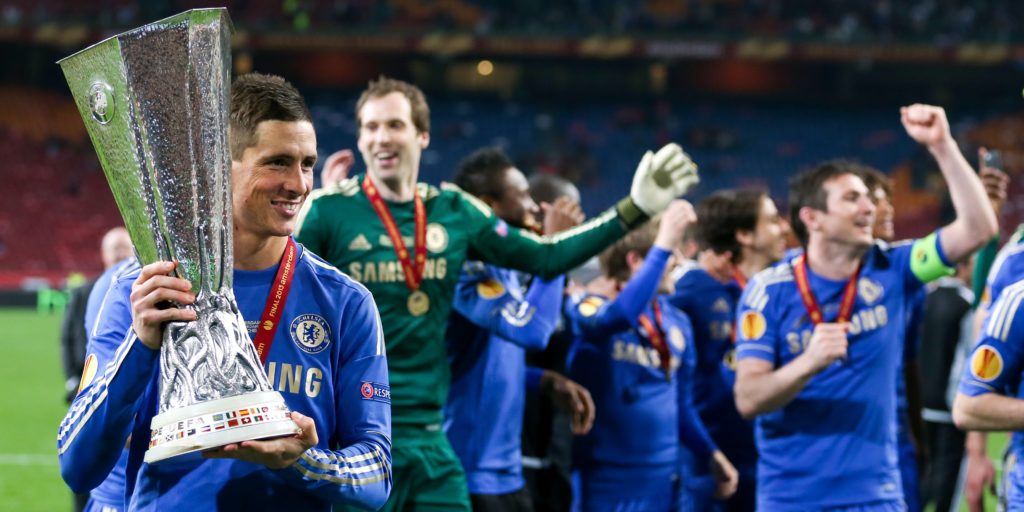 Here, the PA news agency looks at that memorable night in Amsterdam.

This looked a mouth-watering line-up on paper between two of the top teams in Europe but the first half was a damp squib as both teams cancelled each other out. However, it came to life after the break as Fernando Torres put Chelsea ahead on the hour only for Oscar Cardoza to level from the penalty spot eight minutes later. Extra-time seemed certain until Chelsea had one final attack in the third minute of injury time, forcing a corner from which Branislav Ivanovic headed home.

Ivanovic’s last-gasp heroics earned him a place in Chelsea folklore as they earned back-to-back European trophies. It had been a difficult season for the Blues, having come into it as Champions League winners. Roberto Di Matteo was soon sacked and their defence of the trophy ended at the group stage, losing out to Shakhtar Donetsk for second spot. However, they made serene progress through the knockout stages of the second-tier competition and won their fourth European trophy.

Not many managers get booed by the home fans in their first game in charge, but that was the case for Rafa Benitez when he was appointed as Di Matteo’s replacement on an interim basis. Chelsea fans refused to forget disparaging comments made about the club when the Spaniard was in charge of Liverpool. Still, Benitez did a professional job, despite knowing he would be leaving at the end of the season, delivering another European trophy and putting Chelsea back in the Champions League with a top-three Premier League finish.