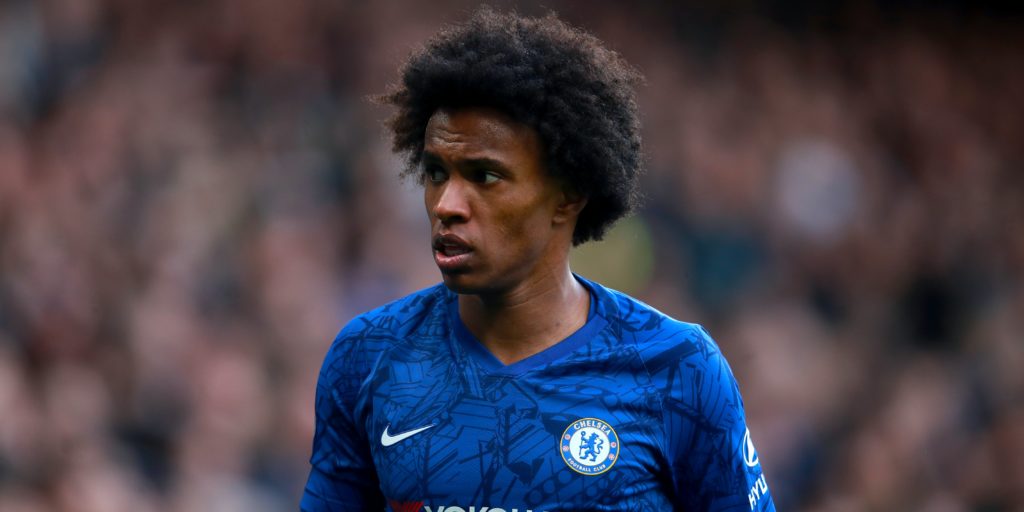 Willian and Olivier Giroud are among the big-name stars whose existing deals expire on June 30.

Frank Lampard is determined to convince Chelsea’s out-of-contract players to sign short-term extensions in order to see out the delayed Premier League season at Stamford Bridge.

Willian and Olivier Giroud are among the big-name stars whose existing deals expire on June 30, but new rules introduced due to the coronavirus pandemic will allow them to strike mutual deals to complete the campaign.

Premier League clubs are meeting again this week to discuss the next stage of Project Restart, with most Chelsea players expected to return to training at Cobham by the middle of next week.

Lampard told Chelsea’s official website: “We have big players in that position so that’s obviously something I’m looking at very carefully.

“The ones out of contract here have been great servants for the club and actually have a lot of feeling for the club, but of course they will be concerned about themselves in terms of how they are now, and if pre-season is rushed they’ll want to make sure they’re alright.

“So it’s going to have to be something we look at. Hopefully we can have that arrangement so they can stay with us because if we play again I would love the squad to look as it’s looked all season, but we’ll have to see how that works.”

Lampard’s squad is potentially on a tight schedule with June 12 still being mooted as a prospective return date, despite a number of top players, including Raheem Sterling and Danny Rose, expressing misgivings.

And Lampard insisted he would take the views of his players into account as he looks to strike the right balance between a rigorous training programme with reduced staff levels, and his players’ specific physical and psychological needs.

Lampard added: “It’s been a job for us as staff to plan how phase one will look because it will be quite different due to the restrictions on how we can work.

“It’s good for the players because they will be wanting to get back training in the right conditions; we know it’s difficult circumstances for everyone so it’s going to be a challenge to make sure that we get it right.

“Our job from the coaching side is to make sure we’re careful with the players. The first steps will have to be very careful but all managers will be thinking a similar thing.

“You can’t just tell them we’re going in this direction because this is something that’s affected everyone and their families.

“Football has been put in its place. Everyone wants to get back playing, we all miss it, but we need to know the players are comfortable.”