The key games which helped Celtic win another Premiership title 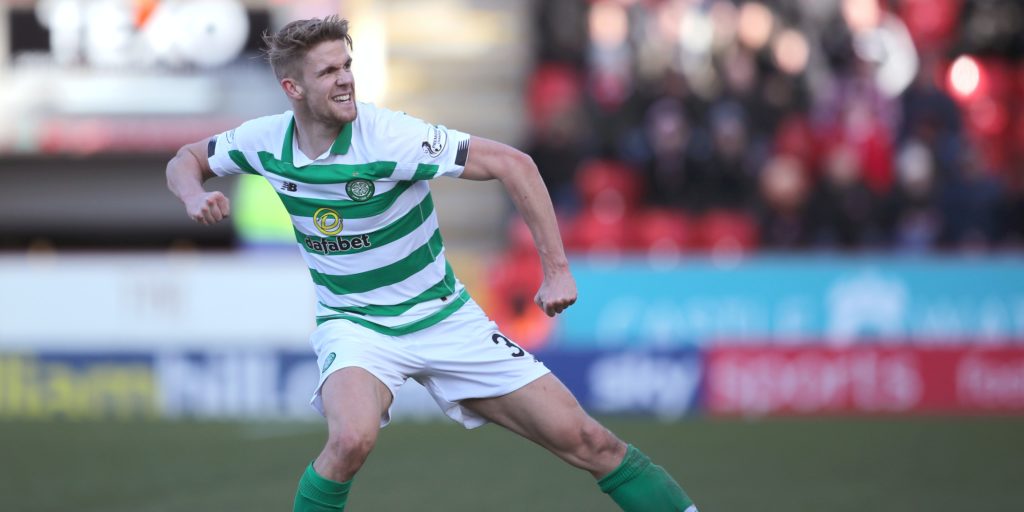 The Hoops finished 13 points ahead of Rangers.

Rangers moved two points behind Celtic with a game in hand after securing a long-awaited Parkhead derby win on December 29.

However, Celtic had opened up a 13-point lead by the time the coronavirus pandemic halted the campaign on March 13, two days before the rivals were due to meet again at Ibrox.

Celtic hit three goals past both Kilmarnock and Ross County in their first league games after the winter break while Rangers opened with a 1-0 home win over St Mirren. But the cracks in the Ibrox title challenge quickly emerged as bottom club Hearts came from behind to spoil Steven Gerrard’s 100th game in charge. After Liam Boyce’s late winner, Gerrard said: “Celtic were waiting for us to blink. Today we’ve blinked. Big time. I’m not sure there will be too many blinks from now to the end so we need to try to avoid that level of performance from now until the end of the season. Otherwise we might not even be in a title race – never mind competing for the league.”

The Hoops blew away an in-form Saints team with goals from Olivier Ntcham, James Forrest and Leigh Griffiths in the opening 26 minutes to maintain a five-point lead as Rangers beat Ross County 2-0 at Ibrox. Boss Neil Lennon said: “The first half was outstanding, the fluidity of the team and the chances we created, the attitude of the players, and the overall quality of football and pace we played at was breathtaking at times.”

Gerrard’s men were below par again as they were held at Ibrox by a Dons side who created two excellent chances. “We need to find our spark very quickly,” Gerrard said. “And we need to keep going because I believe there will be more twists and turns.” There was no twist the following day as Celtic won 4-1 against 10-man Hamilton to move seven points clear.

A trip to Fir Park to face the third-placed team was the type of match Rangers would be looking for Celtic to slip up in, but the champions were dominant after a tough first half. Lennon hailed the “outstanding” Odsonne Edouard after the Frenchman struck a double. Meanwhile, Rangers needed a late Ianis Hagi goal to come from behind and beat Hibernian 2-1 at Ibrox.

With Lennon’s side thrashing Hearts 5-0, Rangers fell 10 points behind after losing another lead when second-half goals from former Celtic youth players Stephen O’Donnell and Eamonn Brophy sealed Killie’s win. “In the second half, we never handled the heat or the pressure,” Gerrard said. “The reality is the opposition (Celtic) are in the driving seat.” Lennon said: “The players know there is a long way to go and there will be twists and turns as we go along.”

The champions came through a tough encounter with the help of Kristoffer Ajer’s late winner after Rangers had beaten Livingston 1-0 earlier on. Lennon said: “We’re not getting ahead of ourselves, there’s a lot of football yet to play but in the context of the run that we’re on it’s a big win.”

Gerrard bemoaned the concession of “silly, silly goals” after Stevie May’s late equaliser, coupled with Celtic’s 3-1 win over Kilmarnock, saw the champions move 12 points clear. After praising his side’s “irresistible” football, Lennon said: “The title is a million miles away as far as we are concerned, we just want to concentrate on our affairs.”

David Moyo delivered another huge blow to Rangers’ chances to give bottom club Hamilton only their second league win at Ibrox since 1926. Gerrard admitted “confidence was shot” in his dressing room after his side followed up a Scottish Cup defeat by Hearts with another shocker. Celtic trailed at Livingston with the 90 minutes up but Tom Rogic levelled in stoppage-time to move his side 13 points clear.

Leigh Griffiths hit a hat-trick as the Hoops moved 16 points clear until Rangers edged a 1-0 victory over Ross County in Dingwall 24 hours later in what proved to be the final weekend of Premiership action of the season.