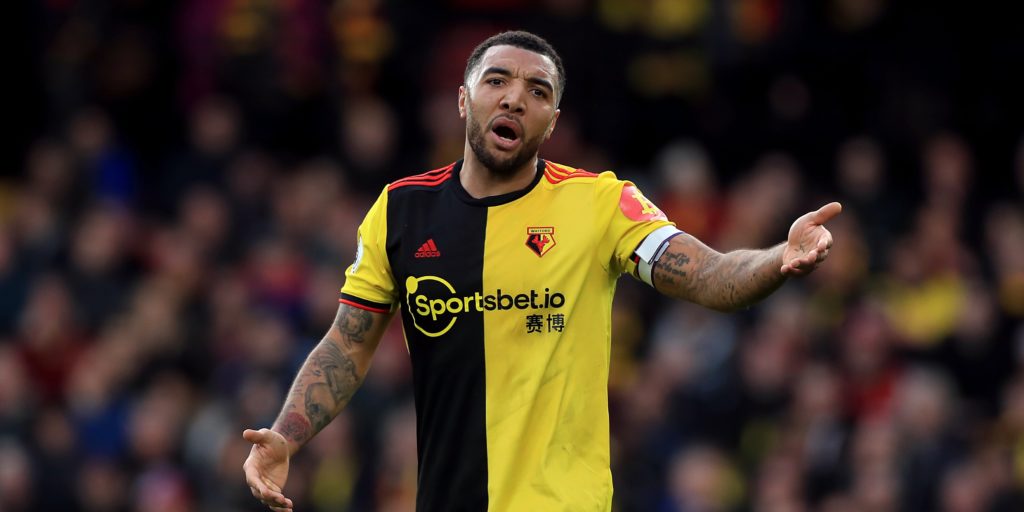 The striker is worried about BAME issues and his son’s health.

Watford captain Troy Deeney has outlined his personal reasons for refusing to resume training – including concerns over his young son and unanswered issues around BAME players.

An agreement between the 20 Premier League teams will see small group training back on the agenda from Tuesday, with a further discussion scheduled for May 26 to debate contact training.

Deeney suggested he plans to stay at home having failed to receive the reassurances he had been seeking.

Speaking to Eddie Hearn and Tony Bellew on their Talk the Talk YouTube show, the Hornets strikers said: “We’re due back in this week. I’ve said I’m not going.

“Within the meeting I asked very simple questions. For Black, Asian and mixed ethnicities they are four times more likely to get the illness and twice as likely to have long lasting illness: Is there any additional screening? Heart stuff to see if anyone has a problem?

And it is not just himself that Deeney is concerned. Expanding on his previous reticence about getting back to work, he added: “It only takes one person to get infected. I don’t want to bring that home – my son is five months old and he’s had breathing difficulties.

“I don’t want to come home and put him in more danger. You’ve got to drive back in the same dirty kit – if I’m putting my clothing in with my son’s clothing or my missus’ clothing it’s more likely to be in and around the house.

“I’ve lost my Dad, my Gran, my Grandad…I’ve lost more or less everyone that I care about. So that, to me, is more important than a few quid in my back pocket.”